Our Young Enterprise company has won a third prestigious award. 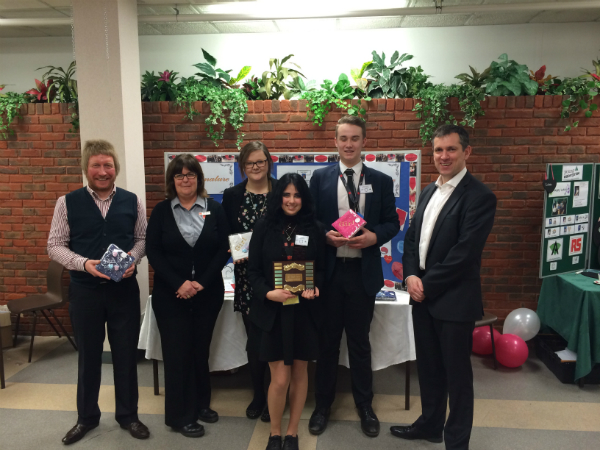 Our Young Enterprise company has won a third award.

The Sixth Formers were at the trade fair selling their customized face flannel gift sets.

Ellie, who is Signature’s sales director, said: “The trade fair at R S Components was a great opportunity for us to see what working life is like and to see how a large number of business people function as a team.

“The fair also showed us our product appeals to many different people of a variety of ages.

“The competition for the award was tough so it was an absolute privilege to win it.”

The Bernie Howell award was set up in memory of a former RS employee who was a keen volunteer with the Young Enterprise scheme.

It was presented to the students by RS Components Global Strategic Director Paul Quested.

“Once again our students were very professional. I’d like to thank Diana, Ellie and Bradley for representing Signature at the latest trade fair.”

Signature is now preparing for the Young Enterprise competition area final which will be held at the Corby Cube on March 10th.