Our Year 8 and 9 footballers had a great time when they played a team from Wellingborough. 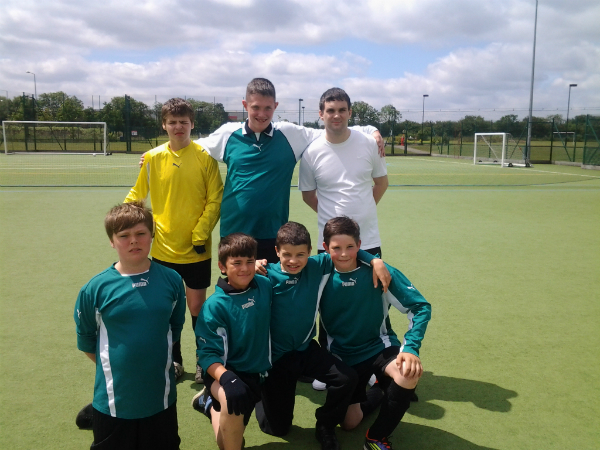 Our Year 8 and 9 footballers had a great time when they played a team from Wellingborough.

Our boys took on a team from Friars Academy during a friendly match held at our school.

The match was organized by Learning Support Assistant Richard White.

He said: “All the boys really enjoyed the match and they had a large crowd of spectators cheering them on.

“Our boys have done so well in their football sessions that I thought it would be nice to organize a match towards the end of the year.

“I was very proud of how they all played – particularly as they had only had a few weeks of training sessions.

“They showed amazing teamwork skills and they all behaved very well.

“The boys were a bit nervous beforehand but when the matches started they got really excited and enjoyed themselves.”

Congratulations go to the Friars team which won the match 10-4.

To see a selection of pictures from the game click here