Two professional authors finished their latest tour in style with a visit to Corby Business Academy. 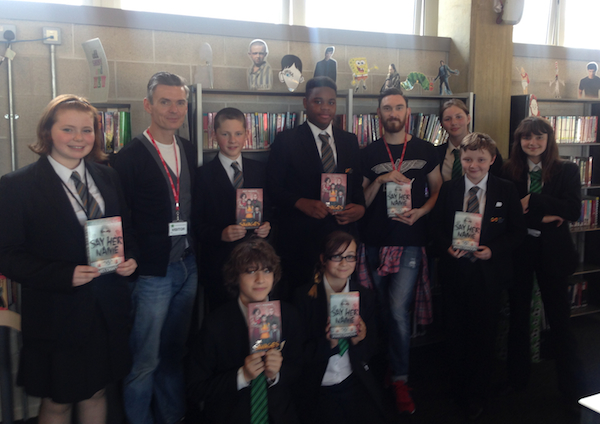 Two professional authors finished their latest tour in style with a visit to Corby Business Academy.

Young people’s horror authors Matt Whyman and James Dawson began their Frightfest tour at the prestigious Hay Festival in May and finished at CBA just before the end of term.

During their visit Mr Whyman, whose novels include Boy Kills Man and The Savages, and Mr Dawson, whose books include Cruel Summer, Hollow Pike and Say Her Name, gave a talk on writing horror stories to all our Year 9 students.

Librarian Amy McKay said: “They spoke about the process of writing horror, their different approaches to the genre, what they want to get out of it and their expectations.

“Their talk completely captured their audience.”

After school the Library also ran a cakes and questions session with the authors.

Miss McKay added: “We were really pleased to have them here, especially as James had chosen to spend his birthday with us.

“We were also thrilled to hear that the following day James became the first man to win the national Queen of Teen award.”

The Queen of Teen award was set up in 2008 to honour writers of teen fiction. The shortlist is compiled by teenage readers who then vote for the overall winner.