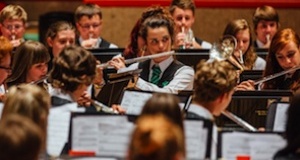 Our musicians proved they could hold their own in the company of the best youth bands in the country at a celebrated national festival. 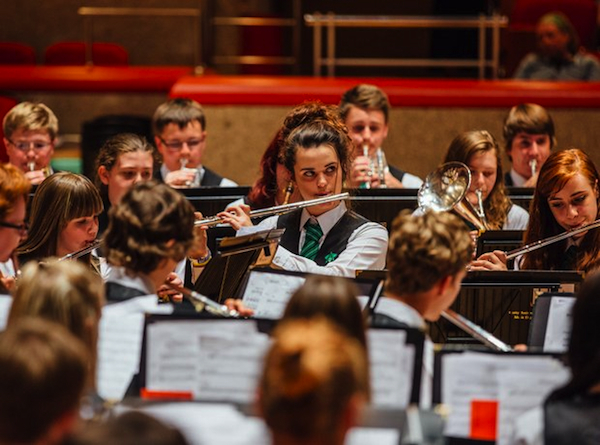 Our musicians proved they could hold their own in the company of the best youth bands in the country at a celebrated national festival.

Our Senior Concert Band won the coveted right to perform at Music For Youth’s National Festival in Birmingham at a regional competition.

During the festival, which was held at the end of last week, our musicians performed at the world-class Symphony Hall, at a jazz workshop with the National Youth Jazz Collective in Birmingham Conservatoire and at a concert in Centenary Square.

“There was a very high standard of performances at the festival and our students stood up to the challenge of performing alongside the best concert bands in the country.

“Before they began performing at Symphony Hall they were nervous because they had never experienced anything like that before but they played incredibly well.

“It was fantastic for our students to be part of such a huge festival and also to have the chance to listen to so many talented musical groups.

“The students also had a great time at the jazz workshop where they worked alongside professional jazz musicians.”

During the Symphony Hall concert our band performed Bolero, Palladio and Encanto.

Mr Wears said: “There were some incredible individual performances during the concert, including ones by Sam Addy who started Bolero with a cornet solo and Joseph Coy who played the snare drum during the piece.

“All our musicians were very professional throughout the festival and were exemplary ambassadors for the Academy.

“This experience has given us high hopes for the future of music at Corby Business Academy.

“As a result we’ve begun investigating the possibility of doing a musical tour of Holland next summer.”

The band’s performance at Symphony Hall was adjudicated by mentors Eric Tebbett, who has performed all over Europe and America and conducted the Central Festival Opera, and Keith Hewson who was named Classic FM Music Teacher of the Year in 2002.

They were particularly impressed by our soloists and ended their assessment with the words: “Well Done!”

To see Classic FM's coverage of the event click here

(Pictured above are our students performing at Symphony Hall. Picture by Classic FM)