Awards have strengthened our links with publishers

Our Academy has strengthened its links with publishers and authors this year thanks to our Library staff and a prestigious awards ceremony. 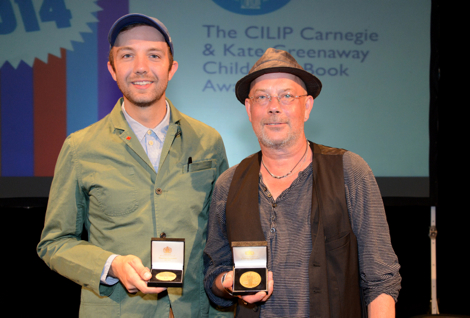 Our Academy has strengthened its links with publishers and authors this year thanks to our Library staff and a prestigious awards ceremony.

Librarian Amy McKay was the national co-ordinator for the CILIP Carnegie and Kate Greenaway Children’s Book Awards this year and attended the grand final at the Unicorn Theatre in London this term.

“We have also developed some good links with publishers and authors through the awards.”

Dozens of students at our Academy also chose to shadow the awards judges which meant they attempted to read as many of the 140 nominated books as possible.

Miss McKay said: “Our students who shadowed the judges have read a lot of different books, from different genres, which have stretched them.

“They know how to judge books against a strict criteria and evaluate whether the book stands up to it.

“Our students made good assessments of the books on the long list and the short list for the awards this year .”

During the grand final excitement was also building back home at our Academy where our Assistant Librarian Christina Mangin held a special ceremony for our students.

She said: “The students were so excited to find out who had won and when the names were announced they cheered.”

The Carnegie award was won by The Bunker Diary by Kevin Brooks.

The Kate Greenaway award was won by This Is Not My Hat by Jon Klassen.

(Pictured are Jon Klassen and Kevin Brooks with their awards)