Summer School is out of this world

About 100 students took part in an exciting space-themed Summer School during the holidays to introduce them to our Academy. 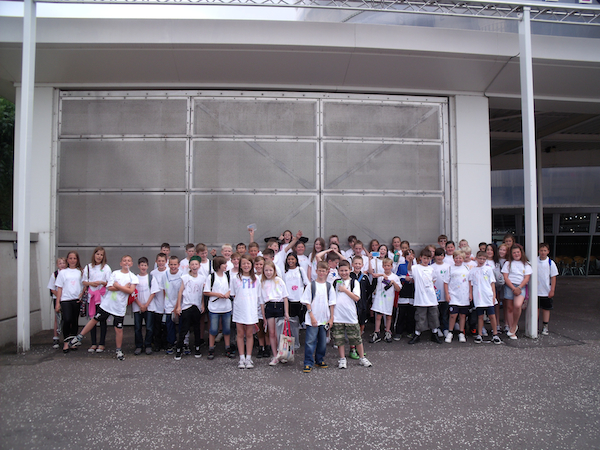 About 100 students took part in an exciting space-themed Summer School during the holidays to introduce them to our Academy.

All the participants were members of our new Year 7 student group and they took part in a wide variety of activities, including making space stations, taking part in gravity experiments and visiting the National Space Centre in Leicester.

Abbie Parsons and Rebecca Horridge, who are both teachers at the Academy, ran the sessions.

Miss Horridge said: “The Summer School was a massive success and the students had a fantastic time.

“They made lots of new friends and had the chance to get to know the Academy.

“Quite a few of the students also got to meet their new form teachers, including Emma Longhurst.

“I think it’s brilliant that the Academy gave the new students the chance to become familiar with their new surroundings and to make new friends before the start of term.”

During the visits to the National Space Centre the students went to see a planetarium show about aliens and had a go on the space simulator.

The Summer School took place over eight days during the first two weeks of the holidays.

To see more pictures of our Summer School click here