Our students paid tribute to the victims of the Second World War during our Academy's latest trip to France. 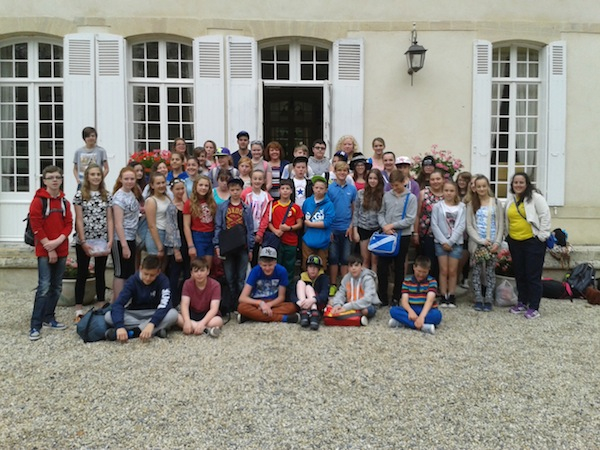 Our students paid tribute to the victims of the Second World War during our Academy's latest trip to France.

About 50 students travelled to Normandy where they visited a number of important Second World War sites, including war cemeteries, gun emplacements and  the remains of Mulberry Harbour in Arromanches.

At the British  cemetery  our students placed a wreath of poppies which included a note that read: “In the 70th anniversary year of D-Day we especially remember those who died. From the students and staff of Corby Business Academy.”

The two students who laid the wreath  wore the uniform of the Air Cadets and were supported by students with families in active service.

CBA Director of Modern Foreign Languages Karen Turney was one of the teachers who accompanied the students on the trip.

She said: “We visited a number of moving Second World War sites during our trip to Normandy and we felt it was appropriate to pay our respects to those who died.

“During our trip we also visited a number of other interesting places, including the Gothic abbey Mont Saint Michel, a French market and we saw the Bayeux Tapestry.

“It was a fantastic opportunity for our students to learn about the area’s history and culture and to try out their French.”

The students, who were from Years 7, 8 and 9, also visited the 360 degree Cinema, went bowling, experienced French cuisine and visited a theme park. At the bowling alley, they were joined by a representative from the Academy’s partner school in nearby  Saint-Lo and Year 9 students chatted to her in French, with a little help from French assistant Mathilde Briaud who joined us on the trip.

To see more pictures from the trip click here