A swimmer has won two golds and a silver at his first swimming gala. 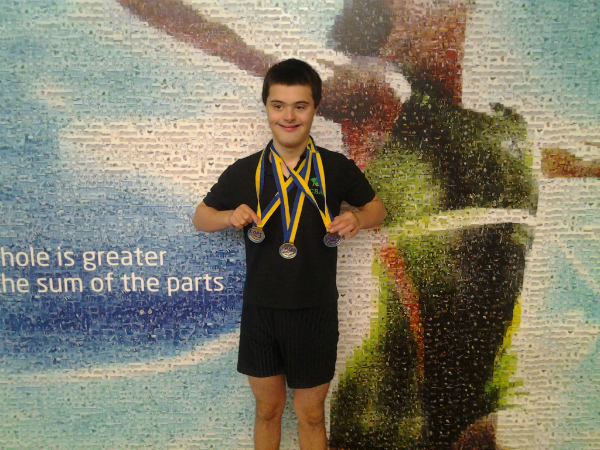 A swimmer has won two golds and a silver at his first swimming gala.

William, who only joined the Peterborough Special Olympic Team six months ago, faced swimmers from teams as far afield as Hull, Cheshire and St Albans and won gold in the 25m breast stroke and 50m freestyle and silver in the 25m backstroke.

His mother Johanna Roberts said: “We are very proud of his achievement.

“I hope he can be a good ambassador to all those with additional needs.

“No matter what disability you have there is something that you can be good at – having a go is what matters.”

The gala was held at Peterborough Regional Pool and a representative from Special Olympics GB attended to ensure the rules were followed correctly.

Coca Cola in Peterborough sponsored the event and also sent some representatives.

The medals were presented to the swimmers by the Deputy Mayor of Peterborough.