One of our youngest students has won an award for demonstrating outstanding courage. 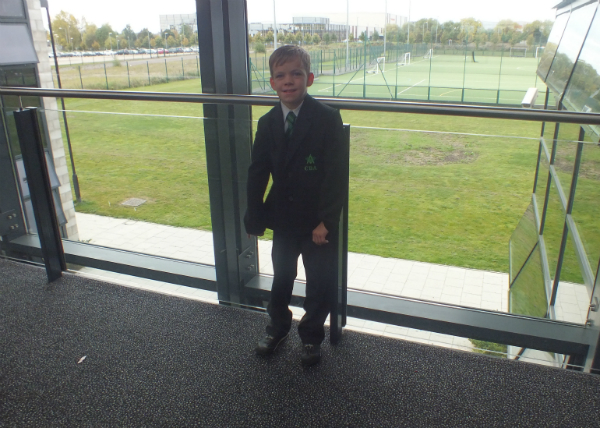 One of our youngest students has won an award for demonstrating outstanding courage.

Year 7 student Jordan Hutchison has been presented with the Pride in Northamptonshire award for Courage.

Jordan was born with a form of cerebral palsy which affects all four limbs – and after his diagnosis at the age of 18 months, doctors warned his family he might never be able to walk or talk.

He received the award after defying doctors by going into mainstream education and moving up to Corby Business Academy this year.

Jordan said: “I was really excited when I found out I had won the award.

“I told all my friends at school and I had to stand up in assembly and show everyone what I had won.

“Everyone clapped which I really enjoyed.”

Jordan’s mum Jacqueline told the Northamptonshire Telegraph: “The award is such a boost for his confidence – going to big school is such a major change.”

The awards were presented during a prestigious ceremony at Wicksteed Park in Kettering at the end of last month.

To see footage of the awards ceremony click here