A talented swimmer added more medals to his growing collection during his biggest competition yet. 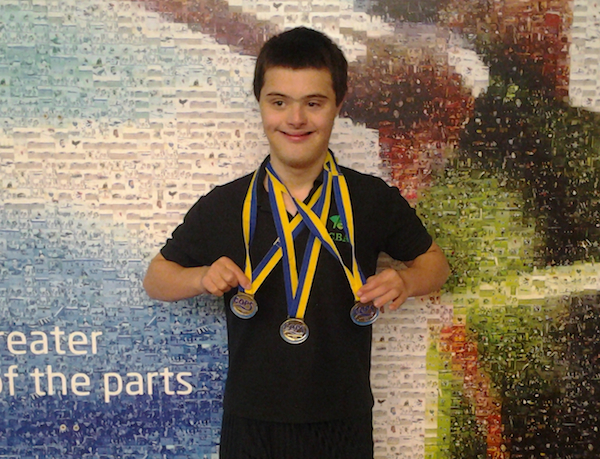 A talented swimmer added more medals to his growing collection during his biggest competition yet.

Year 11 student William Roberts won Silver in the 25m Butterfly and Bronze at the 50m Freestyle at the Special Olympics Wales Regional Swimming Gala in Cardiff at the weekend.

William went to the event as part of the Peterborough Special Olympic Swimming Team and faced competition from 11 other teams.

His mother Johanna Roberts said: “William also came first in the 25m Back Stroke and knocked 4:41seconds off his seeded time. This gave him a new personal best time but unfortunately made him too fast for his category by 0.15 seconds so he was disqualified. He got a rosette for his new personal best and he is now going to move up a category.

“The team also got a respectable 4th place in the 4x 25m Relay.

“William really enjoyed the event, cheered on his team mates and came back tired but happy.”

A GB representative for the Downs Syndrome International Swimming Organisation also attended the gala and asked to be sent William’s times in order to gauge his potential.