Coaches from the Rugby Football Union are helping our students to enhance their skills. 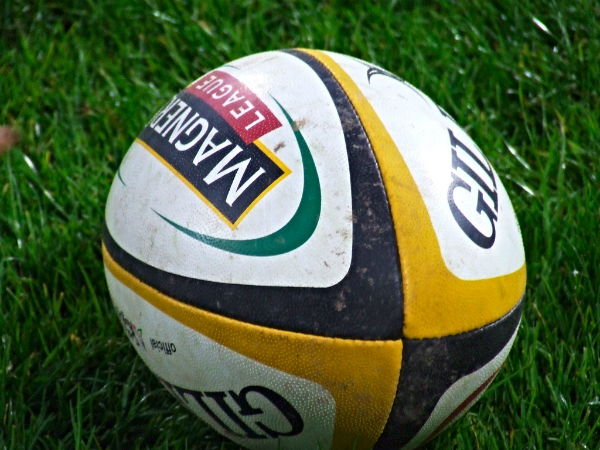 Coaches from the Rugby Football Union are helping our students to enhance their skills.

Corby Business Academy is now in its second year of the All Schools Programme which was launched by the RFU in 2012 to increase the amount of rugby in schools.

RFU coaches help train our students during Session 4 and are involved in our Active lessons for students in Years 7 and 8.

CBA Rugby Coach Phil Woolley said: “The RFU coaches have enhanced what we have been doing in lessons and their involvement is really paying off.

“Our Year 8 and 9 boys have just taken part in a rugby festival where they won two games, drew four and lost two.

“The wins boosted the boys’ confidence and they learned something from all their games. The festival also reinforced the RFU’s five core values of Respect, Teamwork, Enjoyment, Discipline and Sportsmanship.

“All the boys showed a really good attitude to the game and were positive in both victory and defeat.

“I’m also pleased to say we now have about eight Year 9 students who play at Stewarts & Lloyds RFC.”

The Session 4 training sessions are held after school on Wednesdays and are open to boys and girls in all years who are interested in rugby.

"We've already had some boys' fixtures and I hope to set up some girls' fixtures after the February half-term holiday.

"Everyone is welcome to attend our Session 4 sessions."

More than 40 students will also visit Leicester Tigers in January to see the team compete in a cup game against Northampton Saints.