Four of our talented sports stars were honoured at the 2014 Corby Sports Awards. 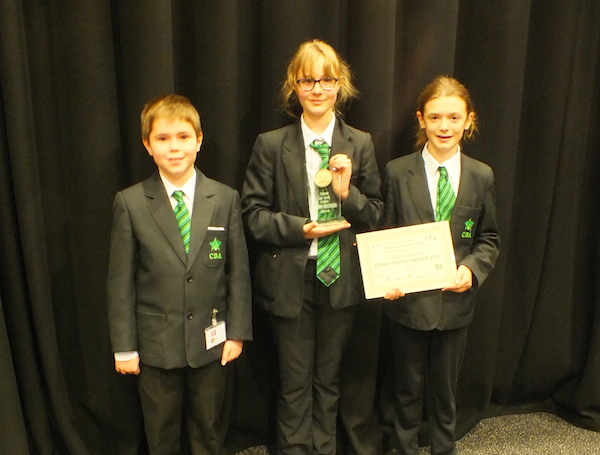 Four of our talented sports stars were honoured at the 2014 Corby Sports Awards.

Sixth Former Heather Phillips won the prestigious Young Leader of the Year 2014 award in recognition of her volunteer work with Corby Netball Club.

Archers Kieran Weston and Holly Adamson, of Year 7, and Isabelle Croyden, of Year 8, received the Team of the Year 2014 award along with their colleagues from Corby Archers Junior Squad.

Isabelle said: “I feel very proud of all the team for winning this award.”

Holly said: “I’ve won a trophy and a few medals before. I’m really happy about this award – it’s really good to win it.”

Kieran added: “I was very pleased that we won.”

Heather has worked with Corby Netball Club for two years and gives up five hours of her free time every week.

She helped coach the Under-11s who won the Northants Junior High Five League and came third out of 21 teams at a tournament in Duston.

This year Heather gained her Level 1 Netball coaching award and is working towards her Level 2 award.

She is also training to become a C Award umpire.

Corby Borough Council Leader Cllr Tom Beattie told the Northants Telegraph: “The annual sports awards in Corby were once again fantastic – every year the level of nominations is outstanding but they just seem to get stronger, with 2014 evidently being no exception.

“They all deserve our thanks and congratulations for the hard work and dedication they give to their sport and for representing Corby to such a high standard.”

The awards ceremony was held at The Best Western Hotel in Corby last month and was attended by 200 guests.

Pictured above are archers Kieran Weston, Isabelle Croyden and Holly Adamson and below is Heather Phillips 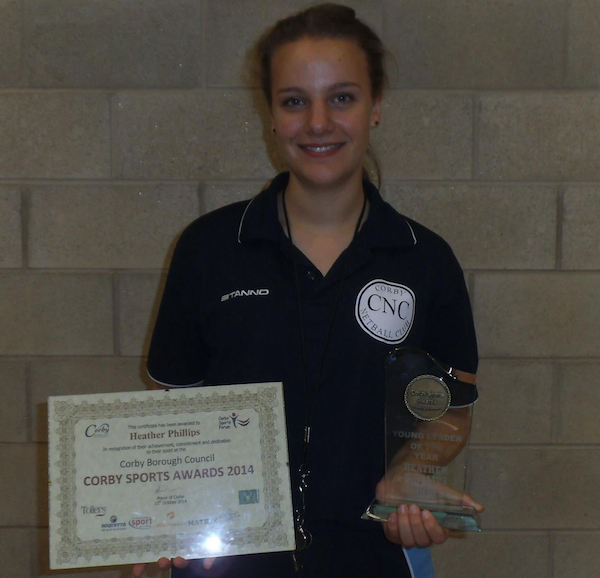