Macbeth production at The Deco

Our actors and actress have just one week left until they perform in the UK’s largest youth drama festival. 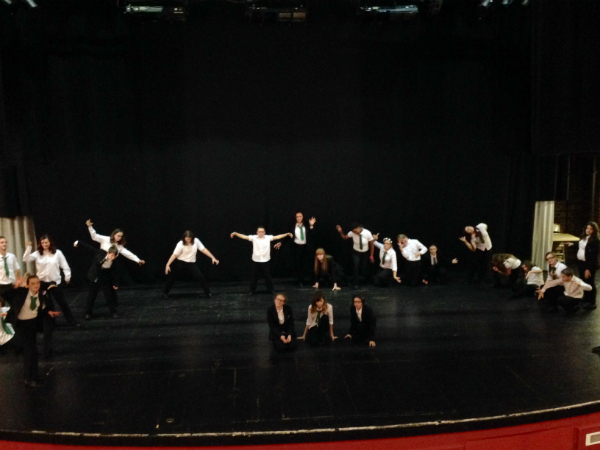 Our actors and actress have just one week left until they perform in the UK’s largest youth drama festival.

About 25 students will perform an abridged 30 minute version of Macbeth at The Deco Theatre in Northampton on Friday 14th November as part of the Shakespeare Schools Festival.

The cast is made up of students from Years 7 to 11 and the lead roles of Macbeth and Lady Macbeth will be performed by Year 11’s Jack Rosborough and Year 10’s Cerys Johns respectively.

English Teacher Rebecca Horridge said: “The rehearsals have gone really well and the students have been fantastic.

“Our version of the play includes a lot of chorus scenes and a lot of physical theatre and our students have shown themselves to be very talented performers.

“The commitment from Jack and Cerys, in particular, has been superb especially when you consider the amount of work they have to do in Key Stage 4.

“Everyone is very excited about the show. It will be a great experience for them to perform in a professional production and I’m sure it will make all the hours of hard work worthwhile.”

The students have been rehearsing the play after school twice a week for the past two months and will hold their dress rehearsal on Saturday.

Miss Horridge added: “I’ve no doubt that performing this play has helped the students with their understanding of Shakespeare and Macbeth.

“It was particularly helpful for our Year 10 students who have just completed their coursework on Macbeth.

“The experience will also be helpful for our students in Years 7, 8 and 9 as they will probably study the text at GCSE level.”

(Our cast are pictured above rehearsing at the theatre)