Our musicians have won Gold at the National Concert Band Festival for the first time. 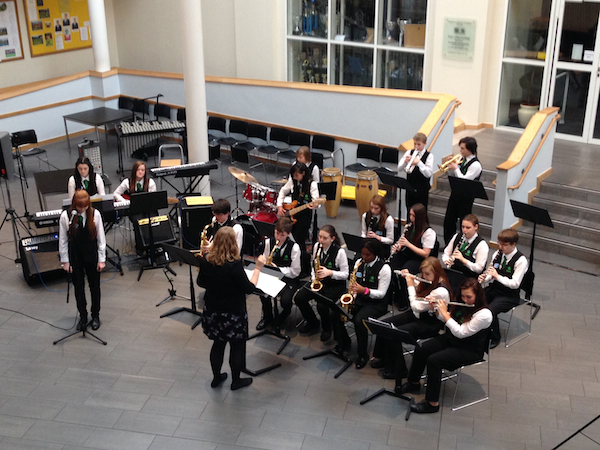 Our musicians have won Gold at the National Concert Band Festival for the first time.

Our Senior Concert Band won Gold and our new Big Band won Silver - just weeks after forming - at the Midland Regional Festival of the competition on Sunday.

Our 50 musicians were up against bands from the best schools in the region and they received plenty of praise from the judges.

CBA Director of Music Clive Wears said: “We were ecstatic when we won Gold because that means there is a chance we will be selected for the national final at the Royal Northern College of Music in Manchester in April.

“The band’s success is down to their hard work and dedication.”

Mr Wears was also delighted with our Big Band which was launched in September and is led by Lucy Wass.

He said: “This was the Big Band’s first public performance. They did an extremely good job and winning Silver has boosted their confidence.”

(Our Big Band are pictured above)