Movember campaigners give charity a boost

Five fundraisers have helped to change the face of men’s health by taking part in Movember. 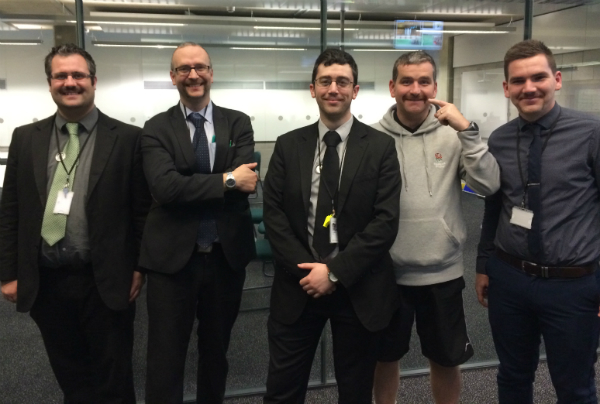 Five fundraisers have helped to change the face of men’s health by taking part in Movember.

Together they raised more than £375 for the charity which helps to fund initiatives which seek to improve the lives of men affected by prostate cancer, testicular cancer and mental health issues.

CBA Movember team leader Mr Morton said: “A lot of students noticed we were growing moustaches during November and asked us why we were doing it so we have helped to raise awareness about the charity and its work.

“Our students thought it was a good idea and were very keen to sponsor us and they all paid very promptly.

“It was great to raise so much money for the charity and it made looking ridiculous for a month worthwhile.

“We would like to thank everyone who sponsored us.”

Anyone who still wants to sponsor the team can visit http://moteam.co/teamabc

(Pictured are Iain Morton, Tim Hawkins, Jonathon Chew, Phil Woolley and Jordon Joseph  showing off their moustaches at the end of November)