One of our Young Enterprise companies has picked up another high profile award. 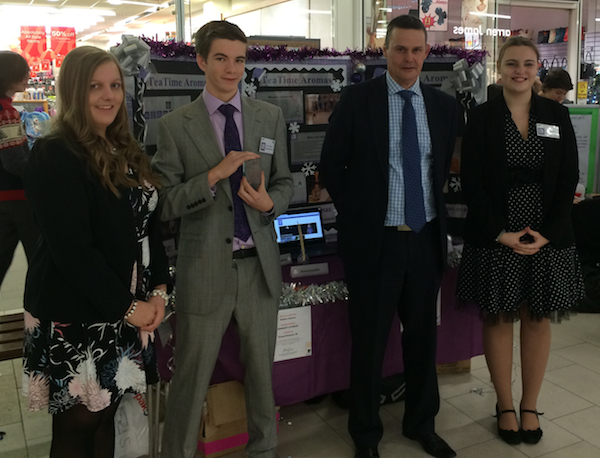 One of our Young Enterprise companies has picked up another high profile award.

Tea Time Aromas, which produces and sells a sophisticated line of reed diffusers, won the award for Best Trade Stand at the Northampton Trade Fair on Sunday.

The company of Year 12 students has also won two other awards so far this year - the award for Best Sales and Marketing at Stamford Trade Fair and another Best Trade Stand Award which they received at the Wellingborough Trade Fair in the Swansgate Centre.

CBA Young Enterprise Link Teacher Alex Allan said: “I would like to congratulate Tea Time Aromas for winning their third award this term.

“To win this particular award is a fantastic achievement because according to Young Enterprise the award for Best Trade Stand is the most important one the students can win.”

Businessman Mark Butters, who runs Bang & Olufsen in Northampton, presented the students with their award.