Three of our Sixth Formers have helped to raise about £500 for Kettering General Hospital’s children’s ward. 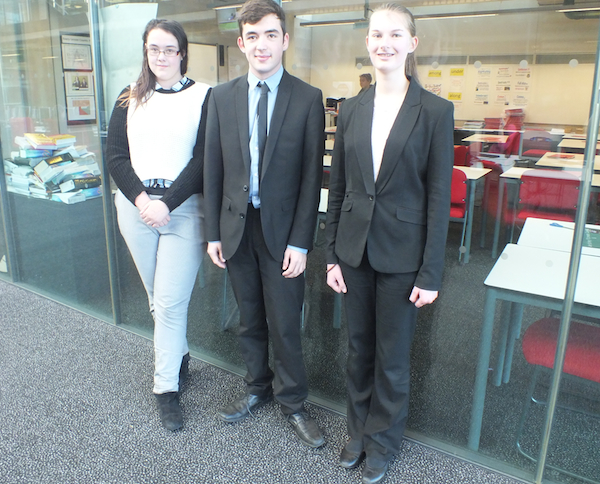 Three of our Sixth Formers have helped to raise about £500 for Kettering General Hospital’s children’s ward.

Year 12 students Tyler Robertson, 16, Harry Tomkins, 16 and Emma Viner, 16, helped to raise the money whilst they were taking part in the National Citizenship Service (NCS) programme.

The students were part of a group of 11 people which raised the money by taking in a 13 mile sponsored walk and our trio raised £300 towards the final total of £500 by themselves.

Tyler said: “The walk lasted about six hours and I was really proud that we managed to complete it and raise the money for the hospital.”

Emma added: “It feels good to know we have done something that will make a difference to the lives of the children at the hospital.”

During the programme the trio also took part in a residential trip.

NCS is open to young people aged from 15 to 17 years old living in England and Northern Ireland.