Staff to take part in Half Marathon in aid of Prom

Four of our staff members will take on a half marathon to raise money for one of our biggest social events of the year. 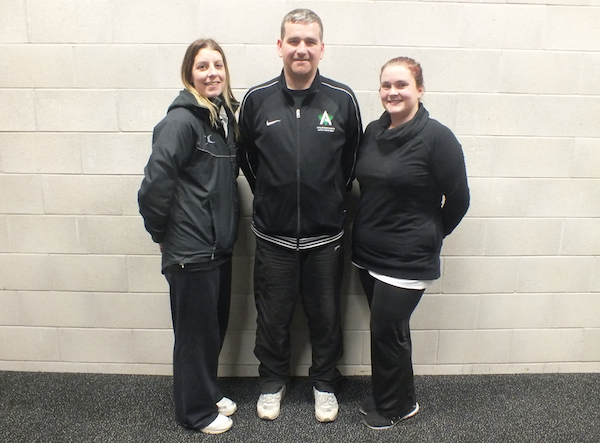 Four of our staff members will take on a half marathon to raise money for one of our biggest social events of the year.

Director of Sport Amy Harris and fellow staff members Phil Woolley, Natasha Dunstone and Jordon Joseph will take part in the Adidas Silverstone Half Marathon in aid of our Year 11 Prom.

Mrs Harris said: “Phil has taken part in events like this before but this will be mine and Natasha’s first half marathon so we feel quite nervous and excited.

“We were all keen to take part in the event and thought it would be a good way to raise money for the Prom.

“We want to help the students raise money for the Prom because it is a wonderful celebration of their achievements during their time at the Academy.

“We would be thrilled to hear from anyone who wants to sponsor us.”

The Silverstone Half Marathon will be held at the famous race track on Sunday 15th March.

Our students have also been working hard to get ready for the Prom.

Two teams of footballers raised £60 by organising a fundraising match, one of our students is preparing to wax his legs to raise funds and a raffle will be held at our forthcoming

Mrs Harris added: “It’s great that our Year 11 students are getting involved in the fundraising activities and I would urge as many of them as possible to take part in fundraising

events to help make their Prom a very special occasion.

“We would be very grateful to hear from anyone who would like to offer us donations, sponsorship money or who would be willing to donate prizes for our raffle.”

Anyone who can support our Prom in any way can contact Mrs Harris at AHarris@corbybusinessacademy.org