Excitement about book awards is building

Excitement is building amongst our keen readers who are eagerly awaiting the announcement of the Carnegie book awards shortlist. 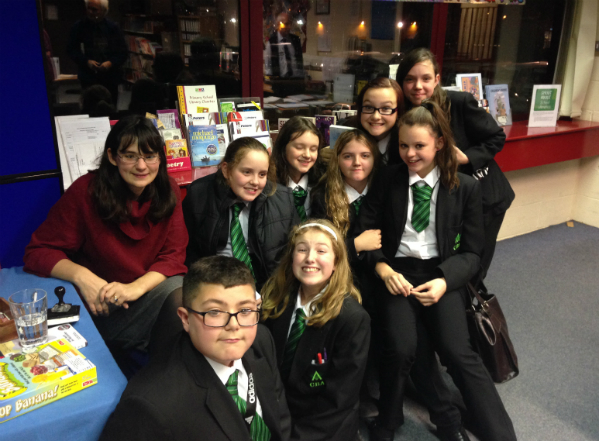 Excitement is building amongst our keen readers who are eagerly awaiting the announcement of the Carnegie book awards shortlist.

Our three weekly Book Clubs have been busy reading and discussing the nominations for the prestigious CILIP Carnegie and Kate Greenaway Children’s Book Awards since October.

The clubs are currently examining the books on the longlist, which was published last month, and are waiting to find out if they have picked the same titles for the shortlist as the judges they have been shadowing.

Our Librarian Amy McKay, who is also the National Co-ordinator of the 2015 Awards, said: “Most schools don’t tend to get involved with the shadowing scheme until the awards reach the longlist stage at the beginning of February.

“Our students began reading the books last October when the full list of nominations was published and even before that they had been telling me which books they thought should be nominated.

“They were quite happy with what made it through to the longlist although they weren’t pleased that James Dawson didn’t make it through as he is their favourite author in the world.

“The students are really excited about the shortlist coming out.

“These awards highlight contemporary, high quality literature and the shadowing scheme is a good way of getting the students to read the books and to form opinions on what they have read.”

The shortlist will be announced on Tuesday.

(Pictured is a group of our students meeting author Saly Nicholls, who has made it on to the longlist, at the end of 2013)

The books longlisted for the 2015 CILIP Carnegie Medal are:

Us Minus Mum by Heather Butler (Little Brown, Young Readers)

The Company of Ghosts by Berlie Doherty (Andersen Press)

Monkey and Me by David Gilman (Templar)

The Middle of Nowhere by Geraldine McCaughrean (Usborne Books)

More Than This by Patrick Ness (Walker Books)

The books longlisted for the 2015 CILIP Kate Greenaway Medal are:

What If? by Anthony Browne (Doubleday Children's Books)

The Something by Rebecca Cobb (Macmillan Children's Books)

Shh! We Have a Plan by Chris Haughton (Walker Books)

The Great War: an Anthology of Stories Inspired by Objects from the First World War by Jim Kay (illustrator) and various (authors) (Walker Books)

The Rules of Summer by Shaun Tan (Hodder Children’s Books)