Footballers show off their teamwork skills at tournament

Our footballers scored more than a dozen goals during their latest big tournament. 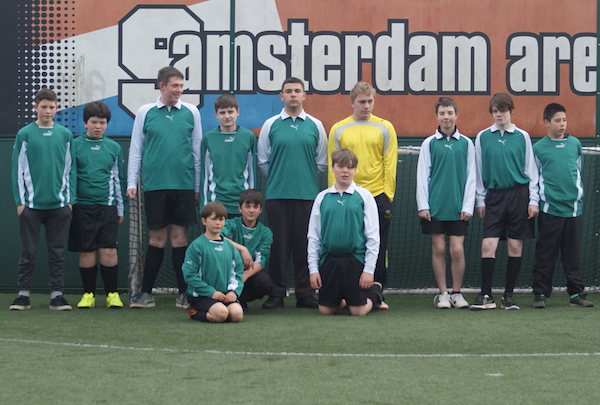 Our footballers scored more than a dozen goals during their latest big tournament.

Two teams from Corby Business Academy took part in the Project Ability Football Tournament that was held at Abbeyfield School in Northampton at the end of last term.

In total our teams scored 13 goals during the competition and our Key Stage 3 team won their match against Billing Brook 5-0.

Football Coach Richard White said: “Our teams are very young and they have improved massively since they first started playing together in October.

“They are scoring more goals now and are letting fewer in and the players perform well together.

“They all represented our Academy very well at the tournament.

“We had a great time with the other teams that entered and would like to thank Northants FA for hosting the event.

“I’d also like to thank Geri Hill and Janice Floodgate for attending the tournament and all our staff who have supported our teams.”

He said: “It was my first big competition and I was very excited.

“We played well together as a team and I scored three goals.”

He said: “I thought we performed well against the other teams and I was really pleased when I scored.

“I would like to take part in more competitions.”