Performers record our best ever result at music festival

Our fantastic musicians and singers have recorded our best ever result at the prestigious Oundle Festival of Music and Drama. 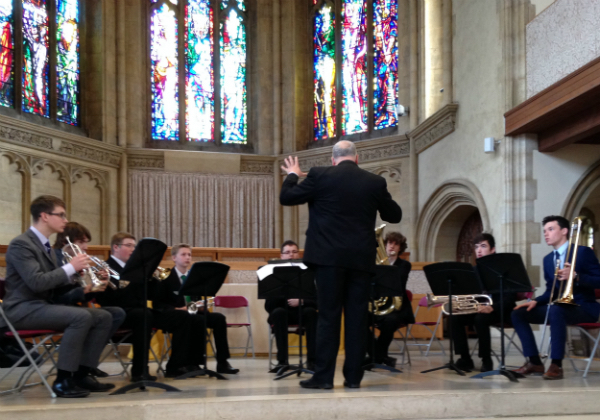 Our fantastic musicians and singers have recorded our best ever result at the prestigious Oundle Festival of Music and Drama.

Our students won four categories at the competition last Thursday and also came home with a second and a third place.

CBA Director of Music Clive Wears said: “It was our best ever performance at the competition.

“It was wonderful for our students to perform at the Oundle School Chapel which is a magnificent venue.

“All our musicians and singers worked very hard to get ready for the competition and we are very proud of their success.”

Our students’ performances were judged by Michael Shelton who has more than 40 years of professional experience in music. He has worked with Trinity College London, Rockschool, the Guildhall School, Royal Schools of Music and the Clarinet and Saxophone Society of Great Britain.

To see more pictures from the competition click here

What the judges said:

Choir 18 years and under – CBA Vocalize

“Phrasing was accurate and stylistic awareness demonstrated. Balance in the ensemble was controlled. Very rich and stylish melodic lines. “

“A very musical performance showing an awareness of detail. Articulation was crisp. You engaged with the character of the music.”

“Musical sounding with rhythmic awareness. The character of the music was clearly projected. Clear direction with musicality, lovely control of the ensemble. Crisp articulation throughout.”