A talented young chess player has won our annual Chess Tournament for the 5th year in a row. 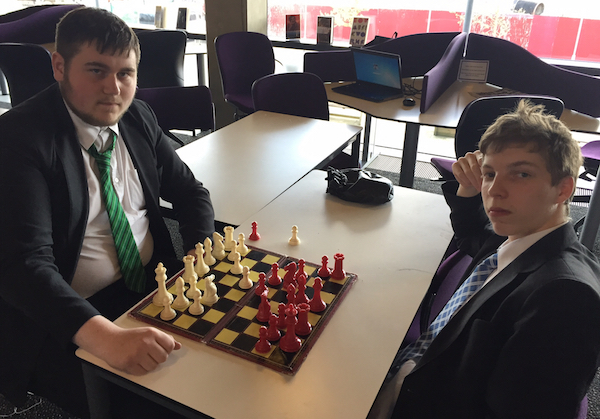 A talented young chess player has won our annual Chess Tournament for the 5th year in a row.

Year 11 student Owen Robinson took the title again after he beat Year 12 student Andreas Milan by just one point in our nail biting final which was staged in our Library.

Owen’s latest success means he has never been beaten in the tournament since he joined our Academy five years ago.

Librarian Amy McKay said: “We’d like to congratulate Owen on his 5th win. We’re already eagerly waiting to see if anyone will be able to take the title from him next year.

“We had 16 entrants in the tournament this year.

“It always creates a lovely atmosphere and all the competitors are good sportsmen.

“We also find that every year it encourages more students at the Academy to start learning chess.”

Owen is rated the 54th best English chess player in the U-16 age group by the World Chess Federation.