A top acoustics expert who was an academic consultant for the BBC’s Coast series visited our Academy. 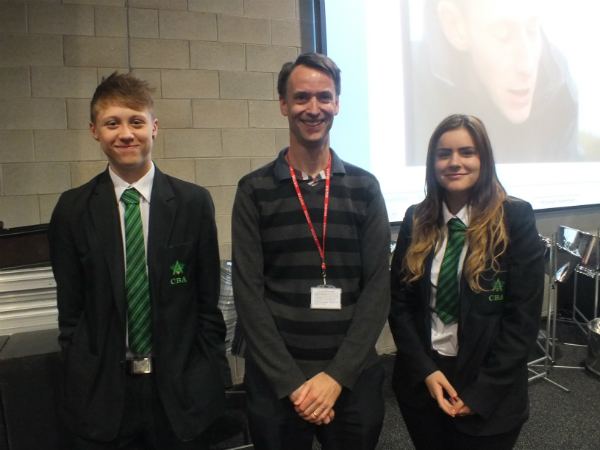 A top acoustics expert who was an academic consultant for the BBC’s Coast series visited our Academy.

Dr David Sharp is a Senior Lecturer in Acoustics at the Open University and his primary research interest is in the field of musical acoustics.

He visited our Academy to give a talk to our Year 10 students about his career and field of expertise.

He said: “I thought the students were very attentive.

“I hope they took away an understanding of some of the science involved and some of the techniques that are used in the making of television.”

During his talk Dr Sharp also showed the students several clips from Coast which showed him carrying out acoustics demonstrations in places such as the Whistling Sands on the Lleyn Peninsula and at Fingal’s Cave on Staffa.