Our budding thespians will perform one of Shakespeare’s great tragedies in the UK’s largest youth drama festival. 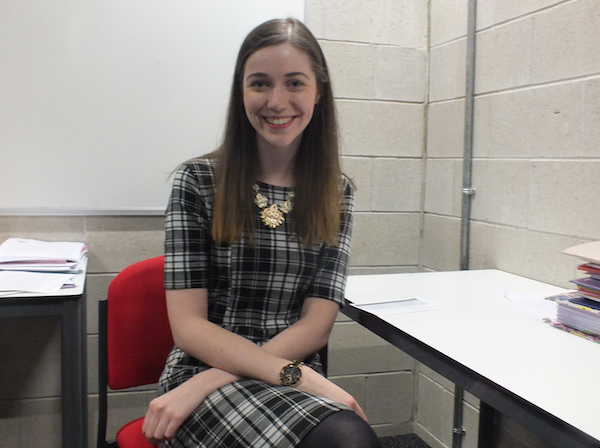 Our budding thespians will perform one of Shakespeare’s great tragedies in the UK’s largest youth drama festival.

We will perform Hamlet at The Core at Corby Cube on November 3rd 2015 as part of the Shakespeare Schools Festival.

It will be the second time our students have appeared at the festival following their successful performance of Macbeth at The Deco Theatre in Northampton last year.

English Teacher Rebecca Horridge (pictured) said: “We enjoyed taking part in last year's festival so much and the students have been talking about taking part in it again ever since.

“We asked to perform Hamlet this year because it is full of betrayal and lies and violence which we thought would go down a treat with the audience.

“We’re very excited to perform at The Core this year because it is a great venue and it is a lot closer to home for our students and their families.

“We hope to recruit our cast in July so that we can hit the ground running when we start back in September with rehearsals in Session 4.

“We will mainly be looking for students to fill the acting roles but there will also be opportunities for students to get involved with the technical aspect of the show too.”

Students from all years will be invited to take part in the production.

As part of the rehearsals the students will have the chance to take part in a cast workshop at The Core in September.

Anyone who wants to find out more should contact Miss Horridge.