Our musicians and singers were a big hit during their tour of Holland. 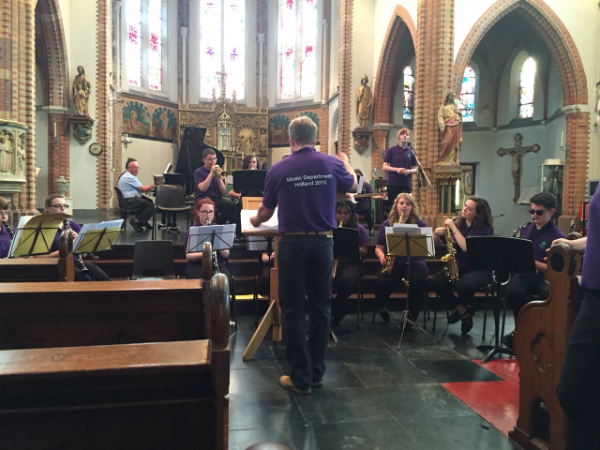 Our musicians and singers were a big hit during their tour of Holland.

The group performed at concerts in Amsterdam and Delft and had the chance to visit Anne Frank’s House, the Efteling theme park and take a canal cruise.

CBA Director of Music Clive Wears said: “We had very appreciative audiences in Holland and our concerts were very well received.

“There were several musical highlights during the tour, including solos by Lewis Scholtz and Bobbi Devlin, and all the students were fantastic ambassadors for the Academy. They behaved brilliantly throughout the tour.

“We also had the opportunity to visit Amsterdam and Anne Frank’s House which was a very moving experience for the students.”

To see more pictures from the Holland tour click here

(Our musicians are pictured performing at a concert in Holland)