The final of the Great BWT Bake Off will be staged at Corby Business Academy tomorrow. 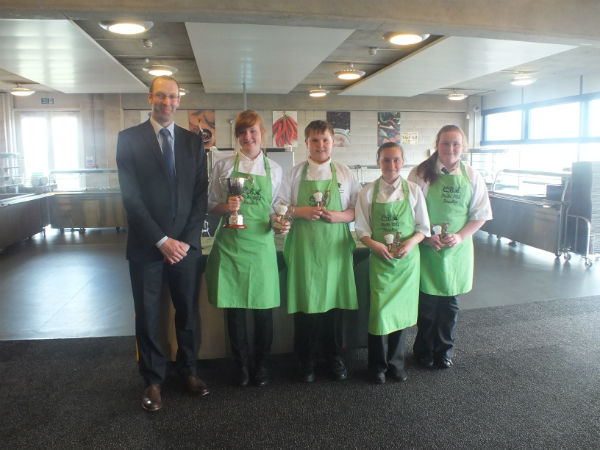 The final of the Great BWT Bake Off will be staged at Corby Business Academy tomorrow.

Our Academy won the right to host final for the second year in a row after our student bakers won the competition last year.

This year’s CBA finalists, Teegan McCardie, Abbie Hammond and Joe Shirlaw, earned the right to represent our Academy following a series of baking challenges which were held over the summer.

CBA Restaurant Manager Chris Lapsley said: “All our finalists were new to the Bake Off this year.

“Teegan, Abbie and Joe all demonstrated talent, commitment and dedication.

“I was impressed with some of the dishes they created and we’re looking forward to the final.”

Each team will have to produce an afternoon tea, including four sweet items and two savoury items, for four people.

Our theme for the afternoon tea will be the Mad Hatters Tea Party.