Bakers show off their talents at Great BWT Bake Off final

Our brilliant bakers have narrowly missed out on retaining the Great BWT Bake Off trophy. 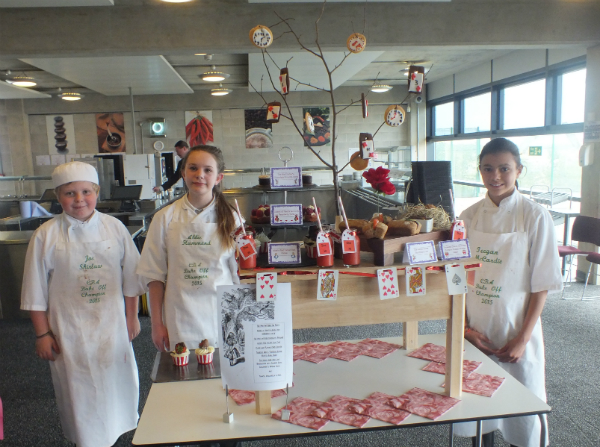 Our brilliant bakers have narrowly missed out on retaining the Great BWT Bake Off trophy.

Our team and the bakers from Kettering Science Academy scored the same amount of points but the judges eventually declared KSA as their favourites and they won the coveted title.

CBA Restaurant Manager Chris Lapsley said: "The standard of entries this year has been incredibly high.

"Everyone took note of how tough the competition was last year and upped their game even further.

"The final has been a fantastic event and it's great to see so many talented young bakers here.

"They have all worked very hard and they all deserved to be in the final.

"We'd like to congratulate the students from Kettering Science Academy for winning the competition - they were very worthy winners."

She said: “I wasn’t expecting it to be so competitive – it made it really exciting.

“I would like to own a bakery when I’m older so this was a great experience for me.”

Abbie, who made shortbread and red velvet cake, said: “It was a lot of fun to work with Teegan and Joe. I was really happy with the tea we made.”

Joe, who made Mad Hatter brownies, onion chutney and scotch quail eggs, added: “I love baking but I never thought I would make it to the final so I’m really happy to be here.

“My favourite thing about today was seeing our tea at the end.”