One of our teenagers has been immortalized in the latest Harry Potter book. 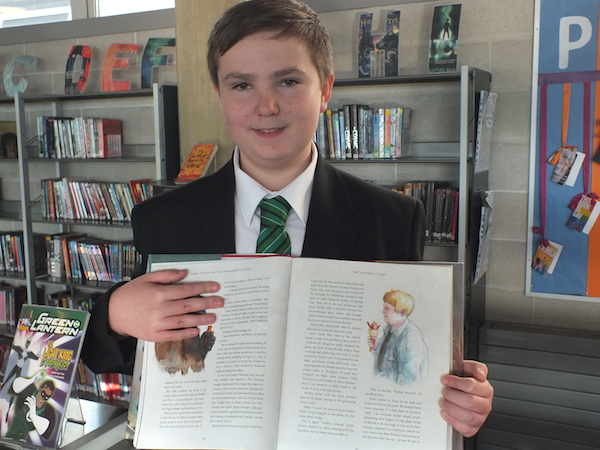 One of our students has been immortalized in the latest Harry Potter book.

Year 10 student Adam Short, 15, has provided the inspiration for the drawing of Harry’s cousin Dudley Dursley in the new Harry Potter and the Philosopher’s Stone Illustrated Edition which came out this month.

The illustrations were created by Jim Kay, of Kettering, who met Adam about 18 months ago during a trip to our Academy to collect research for the book.

Adam said: “I really enjoyed meeting Jim and I was excited and surprised to find out I had helped to inspire a drawing for the book.

“I like the Harry Potter books and it’s great to be a part of that world.

“When I told my friends and family and some of them didn’t believe me – I probably wouldn’t have believed it myself.

“Some of my friends are big Harry Potter fans and they are a little bit jealous.”

Although Adam’s face helped to inspire the picture of Dudley he says that is where the resemblance ends.

He said: “Dudley’s not a nice character, he’s quite horrible to Harry. I’m not like that.”

In the acknowledgements at the back of the book Mr Kay included a thank you to our students and our Librarian Amy McKay.

Amy met Mr Kay when she was a judge for the prestigious CILIP Carnegie and Kate Greenaway book awards and they have kept in touch ever since.

She said: “When Jim got the Harry Potter job he asked if he could come in to our academy to spend time with the students and use them for inspiration for his illustrations.

“It was fantastic that a number of our students had the chance to spend time with Jim whilst he was working on the book including Adam and another Year 10 student, Matthew Turner Fountain, who bears an uncanny resemblance to Draco Malfoy.

“As a librarian it is the ultimate honour to be named in a Harry Potter book. This book is one of the biggest things that has happened in the publishing world for years and to have our school named in it is something that we can all be proud of. It is the coolest thing that has ever happened in my life.”

The publisher of the book has already ordered another print run because of the demand for it and it is expected to sell millions of copies.

(Adam is pictured above with the book and, below, is the illustration of Dudley which he inspired) 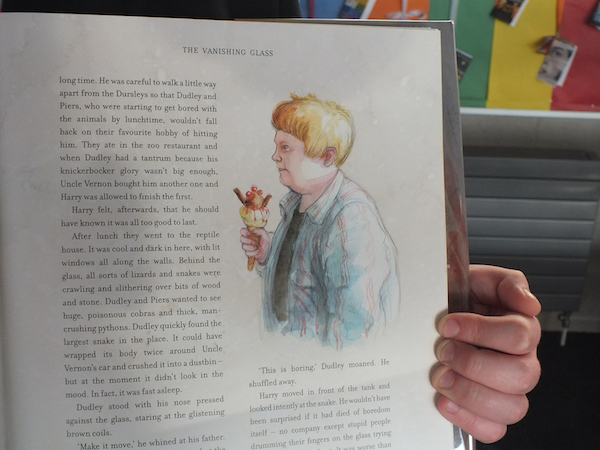