Halloween Disco is a huge hit

Our Year 7 students celebrated the end of their first term in style with their very own Halloween Disco. 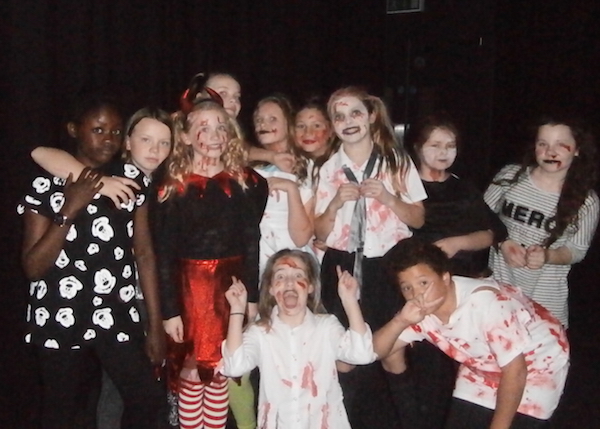 Our Year 7 students celebrated the end of their first term in style with their very own Halloween Disco.

The annual disco is organised by the Friends of CBA and is always a popular event with our new students.

This year students dressed up in a wide variety of guises, including zombies, skeletons and vampires.

Senior Assistant Principal Alice Beckwith said: "The Halloween Disco was a lot of fun and everyone enjoyed themselves.

"It's a great way for our Year 7 students to celebrate the end of their first term with us.

"We are very grateful to the Friends of CBA for running the disco and for all the support they give us throughout the year.

“We would like to congratulate the winners of the Tutor Group Dance Off and the students who won the prizes for best dressed and best costume.”

Friends of CBA members Rachel Pike and Judy Turner organised the Halloween punch and ran the Halloween tuck shop and CBA Restaurant Manager Chris Lapsley made spooky cupcakes and biscuits for the event.

Year 11 student Jack Iliff was the DJ for the evening and the event was supported by members of the CBA Fundraising Sub-Committee.

The disco was held during Session 4 on the final Thursday of last term.

It raised £307.80 which will go towards student enrichment activities.

To see more pictures from the disco click here