Jack and Liusadh take on Head Boy and Girl roles

Our new Head Boy and Head Girl have been officially welcomed to their new roles. 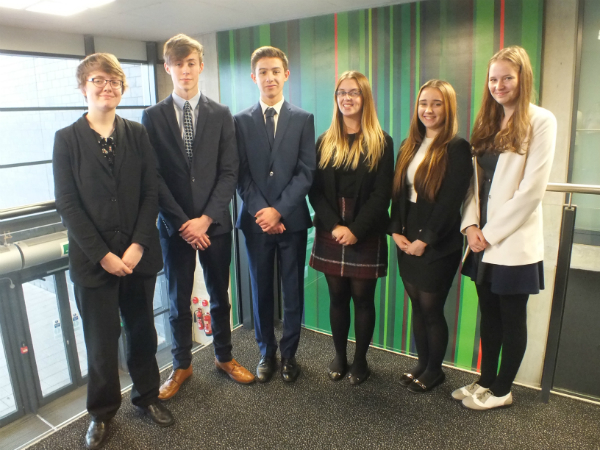 Our new Head Boy and Head Girl have been officially welcomed to their new roles.

A tea party was held at CBA to celebrate Year 12 students Jack Webb and Liusadh Sutherland taking on their new roles and to thank outgoing Head Boy and Girl Joe Folan and April Atkin for all their hard work.

Head of Sixth Form Samantha Anderson said: “For the second year running we have been able to put together an incredibly strong Senior Student Team.

“We held a celebration to give our outgoing team the chance to share their expertise with the new team.

“It also gave us an opportunity to thank the outgoing team for all their hard work over the past 12 months and to wish them the best for their final year of studies at CBA.”

He said: “I wanted to become Head Boy because I want to take on more responsibilities, develop my skills and see what impact I can have on the life of the Academy.

“I was elated when I found out I’d got the role and I will work hard to help improve our school further.

“I hope to be a good ambassador for the Academy.”

She said: “I’d seen previous Head Boys and Head Girls develop in confidence and that attracted me to the role.

“It was a shock when I found out I’d got the role and I feel it is a big honour.

“I would like to be a role model for other students and I am looking forward to developing new skills.

“I will listen to the students’ views and hope they feel that I am someone they can talk to.”