Young Enterprise company gears up for its next trade fair

Our Young Enterprise company One Brew further strengthened its reputation at its latest trade fair. 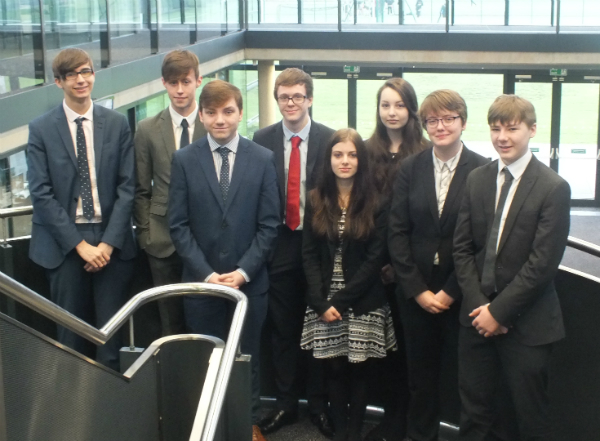 Our Young Enterprise company One Brew further strengthened its reputation at its latest trade fair.

The company did incredibly well at its first trade fair in Stamford, where it sold 20% of its luxury tea stock, and it put in another solid performance at its second trade fair in Wellingborough on Saturday.

The company is now busy preparing for its next public appearance at the Northampton Trade Fair.

CBA Director of Business Alex Allan said: “The students participated very well at the Wellingborough Trade Fair and are growing in confidence at every event.

“They are very professional and are working hard to get ready for their next trade fair in Northampton.

“We hope as many staff and students as possible will attend the event to support them.”

The Northampton Trade Fair will be held in the Grosvenor Shopping Centre from 10am on Sunday 6th December.