Our enthusiastic chess players took part in an exciting competition at the Brooke Weston Academy. 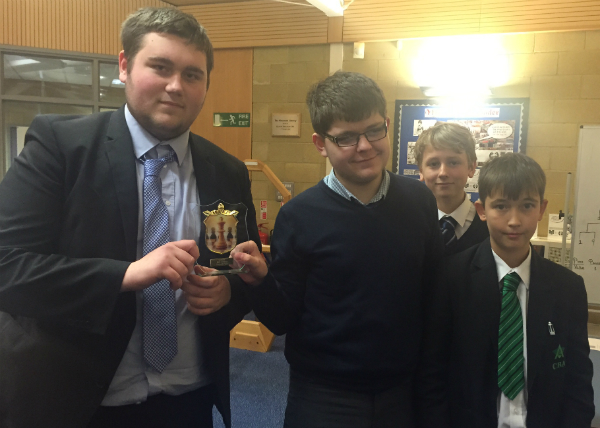 Our enthusiastic chess players took part in an exciting competition at the Brooke Weston Academy.

The tournament saw top players from both schools’ Chess Clubs take on in each other in a number of variations of the game including classic chess, fiddlestick chess and suicide chess.

The final ended in a stalemate between CBA Year 12 student Owen Robinson and Brooke Weston’s Marcus Rose and all the players enjoyed the contest so much that the clubs are planning a rematch in the New Year.

CBA Librarian Amy McKay said: “All the students performed well and the final was a fantastic match between Owen and Marcus.

“Everyone had such a great time and as a result we will have a rematch next year and hope to make our chess tournaments a regular occasion.

“It’s a great opportunity for the students to make new friends. “

The CBA Chess Club meets on Tuesdays during Session 4 and is open to players of all abilities or none.

The second round of the tournament will be held at CBA in January.