A group of students had a once in a lifetime opportunity to see Puccini’s operatic drama Tosca at the Royal Opera House. 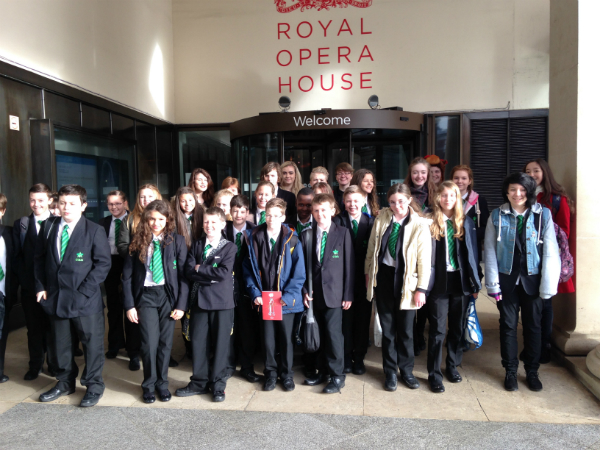 A group of students had a once in a lifetime opportunity to see Puccini’s operatic drama Tosca at the Royal Opera House.

We took 30 students to see Jonathan Kent’s highly acclaimed production at the world famous venue in London on Friday.

CBA Director of Music Clive Wears said: “It was an aspirational trip designed to give the students an experience that they would not normally have.

“Tosca is a brilliant opera with a fantastic plot.

“None of our students had been to an opera before and it was a fantastic treat for them to be able to go to the Royal Opera House and listen to a performance by a symphony orchestra.

“At the end of the first act there was the added bonus that the curtains remained open to enable the audience to see the 50-strong stage crew changing the set.

“The whole experience opened the students’ eyes to a variety of different jobs that are available in the arts.”

The trip was attended by our Sixth Form music students and a group of our Year 7 students.

“It was a once in a lifetime experience and I really enjoyed it.”

Fellow Year 7 student Mia McDougall said: “It was very exciting and dramatic. It was really good and parts of it were quite scary.”

Andie Connelly was also impressed by the final scene.

She said: “The last scene scared everyone in the audience.”

(Our students are pictured above at the Royal Opera House)