Readers have a fantastic time at Comic Con

A group of our avid graphic novel lovers attended the first MCM Birmingham Comic Con of 2016. 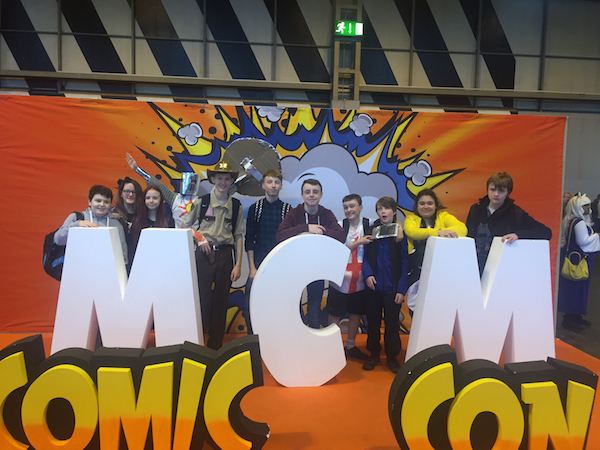 A group of our avid graphic novel lovers attended the first MCM Birmingham Comic Con of 2016.

We took more than a dozen students from Years 7 to 11 to the event including members of our Graphic Novel Club which runs on Tuesday afternoons.

The students dressed as their favourite characters, saw sci-fi star Danny John-Jules who played The Cat in Red Dwarf and looked around lots of stalls featuring rare merchandise.

CBA Librarian Amy McKay went on the trip with our Assistant Librarian Christina Mangin and our IT expert Fabian Cameron.

Amy said: “There was so much going on. Some of the costumes were incredible and the atmosphere was brilliant.

“The students were dressed up as their favourite characters and they loved being asked for their photo. One of our students had their photograph taken 30 times.

“It was a great celebration of something the students are very interested in and we all had a lovely day.

“We would like to say a big thank you to Fabian for giving up part of his weekend to drive us there.”