Ronan is nominated for business award

A business-minded teenager from CBA has been nominated for a prestigious regional award. 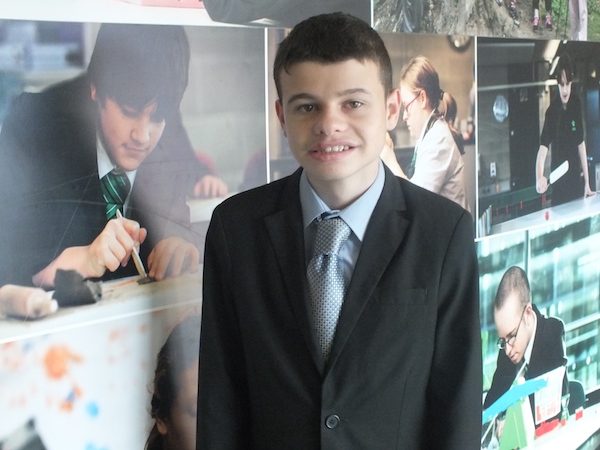 A business-minded teenager from CBA has been nominated for a prestigious regional award.

Ronan Kelly, 16, has been put forward for the Sir John Moores' Special Achievement Award 2016 for his involvement in the Young Enterprise Team Programme.

Ronan is a member of CBA’s Unit Sixth Form and he is the Events Director for their Young Enterprise company, Happy Hands.

CBA Teacher Nikki Clark said: “Ronan has been fully involved in Happy Hands. He has led the company at trade fairs and been heavily involved in its decision making processes and in designing and producing its products.

"Ronan also took the lead on producing the design for the company’s trade stand for the Best Trade Stand competition.

"Ronan has been able to transfer his skills from the classroom to a business situation which has helped to prepare him for adulthood.”

Happy Hands Business Advisor Donna Constable added: “Ronan interacts well with customers and other members of his team to ensure the company’s stall is presented well and the key selling points are talked through with customers to encourage sales.”

The Sir John Moores' Special Achievement Award is made in each English region to the student who has made the most progress through their participation in the Young Enterprise Team Programme.

Happy Hands sells a wide range of products which they produce including chalkboards, teacup pincushions, teacup candles and shopping bags.