Spanish students from Year 8 took part in an exciting day of languages at Nottingham Trent University. 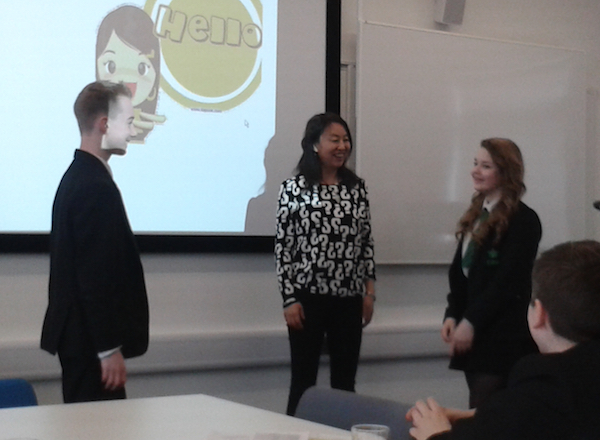 Spanish students from Year 8 took part in an exciting day of languages at Nottingham Trent University.

The students were invited to attend Routes Into Languages’ Getting on in Spanish event which was run in conjunction with the university to enable younger students to improve their knowledge of the language.

They watched a Spanish film, took part in activities in Spanish, toured the university’s Clifton campus and even had the chance to take part in a Chinese language taster session.

CBA Spanish Teacher Ana Martinez Ribeiro said: “Our students have had two opportunities this year to visit Nottingham Trent University so they could have a university experience related to languages.

“They watched an Argentinian film and they did activities that taught them about Spanish culture as well.

“They were very good at the Spanish activities and were eager to participate.

“The Chinese lesson was designed for older students and our students were able to engage with this difficult language.

“They also tried to write with Chinese characters.”

The students who went on the trip included Olivia Tucker and Lottie Glover.

Lottie said: “The trip was very good. The people there were speaking fluent Spanish which enabled us to pick up some more phrases.

“I also enjoyed looking around the university as well.”

Olivia added: “It was great to learn a bit of Chinese too.

“It was difficult because it’s so different. It was great to see our names written in Chinese.”