Triumph for Harry in mathematics contest

One of our bright mathematicians has been ranked in the top 25% of students in the country. 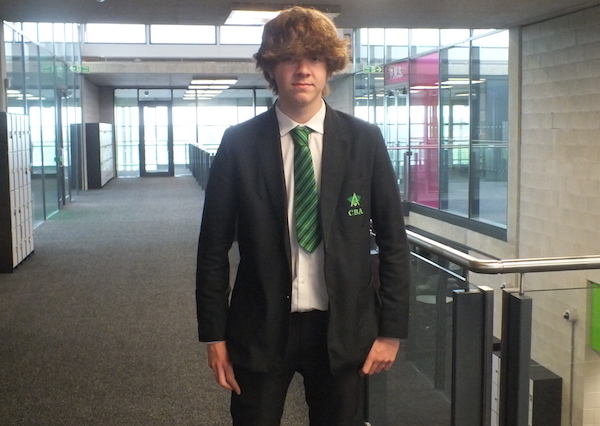 One of our bright mathematicians has been ranked in the top 25% of students in the country.

Year 10 student Harry McEwan, 15, made it through to the final stage of the UK Mathematics Trust’s annual Kangaroo competition called the Pink Kangaroo.

Harry scored 89% in the later stage of competition which earned him a Certificate of Merit and placed him in the top 25% of candidates in the UK.

Harry (pictured above) said: “The competition was very hard but I had done a lot of preparation for it in class.

“I was really happy when I found out my score.”

CBA Assistant Director of Mathematics Maxwell Sam added: “To make it through to the Pink Kangaroo is a fantastic achievement and to then make it into the top 25% of candidates is wonderful.

“Harry is a naturally gifted student who has a bright future ahead of him.

“We are very proud of him and his achievement.”

The name of the Kangaroo contest recognises the fact that the contest was inspired by the Australian Mathematics Trust.