Professional coaches from Aston Villa have worked with our Unit football team. 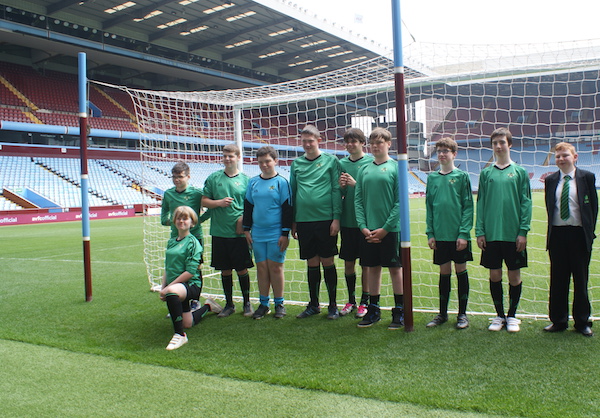 Professional coaches from Aston Villa have worked with our Unit football team.

Eleven members of our team visited Villa Park to tour the stadium, take part in a training session and have a match at the ground.

CBA Unit Football Team Coach Richard White said: “It was the first time that our students had worked with coaches from a Premier League club.

“They taught our players some skills and afterwards our footballers took part in a match.

“We had a look around the stadium, visited the players’ training room and looked at the trophies the club has won over the years.

“We’ve had a really busy year with fixtures and we have also been to Leicester City FC’s King Power Stadium.

“I would like to say a big thank you to the staff at Aston Villa for looking after us so well and to the staff from CBA who accompanied us on the trip.”

The students who went on the Aston Villa trip included Bradley Jakymowytsh.

He said: “It was a great trip and I really enjoyed playing football at the club.”

To see more pictures from the trip click here