Corby Business Academy was officially recognized as a Duke of Edinburgh Awards Directly Licensed Centre at a glittering occasion at Buckingham Palace. 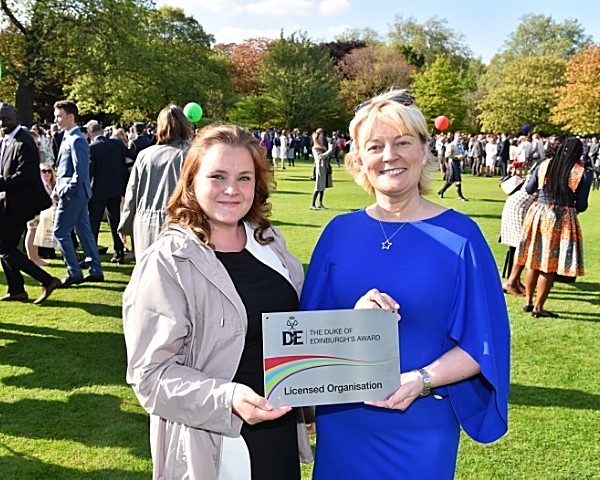 Corby Business Academy was officially recognised as a Duke of Edinburgh Awards Directly Licensed Centre at a glittering occasion at Buckingham Palace.

CBA Duke of Edinburgh Awards Manager Natasha Barstow was invited to the palace to receive our plaque at a special event to commemorate the 60th anniversary of the Awards.

Mrs Barstow was presented with our plaque by renowned British perfumer Jo Malone.

Mrs Barstow said: “It was incredibly special to be a part of the 60th anniversary celebrations.

“There was a fantastic atmosphere and it really inspired me to think how we could expand our involvement in the awards even further in the future.

“It was a brilliant opportunity to speak to people from other Duke of Edinburgh centres and find out what they are doing. It was an inspirational day.”

CBA currently offers students the opportunity to achieve the Bronze and Silver Duke of Edinburgh Awards and it hopes to be able to offer the Gold award programme in the future.