An inspiring author and screenwriter who has worked on major films visited our Academy at the end of last term. 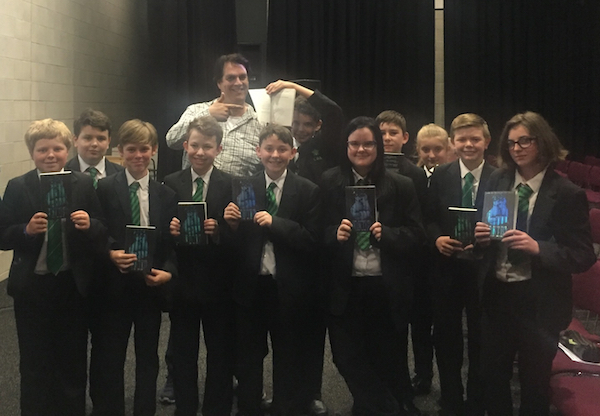 An inspiring author and screenwriter who has worked on major films visited our Academy at the end of last term.

Andy Briggs has worked on a number of movies including Judge Dredd and Freddy vs Jason and has worked with legendary figures such as Stan Lee.

He has also launched a new series of books called The Inventory and its first title Iron Fist was released last month.

During his visit Mr Briggs spoke to all our Year 7 students, a group of invited students from Years 8 to 10 and a number of students from Kettering Science Academy and Lodge Park Academy.

CBA Librarian Amy McKay said: “Andy was absolutely brilliant and was fantastic with the students.

“He has lived such an interesting life and told the students about being an author and a screenwriter and working in Hollywood.

“He made the students realise that everything they are interested in – music, television programmes, computer games – are all created by writers.

“Andy talked about his latest book and he did a quiz with them to find out if they were heroes or villains because he has written the Hero.com series and the Villain.net young adult novels.

“Before he left he also did a book signing.

“All the students have said how much they have enjoyed his talk. Lots of them bought his latest book and since his visit all our copies of the book have been out on loan.”