Our fantastic musicians are preparing to show off their talents at our annual Summer Showcase. 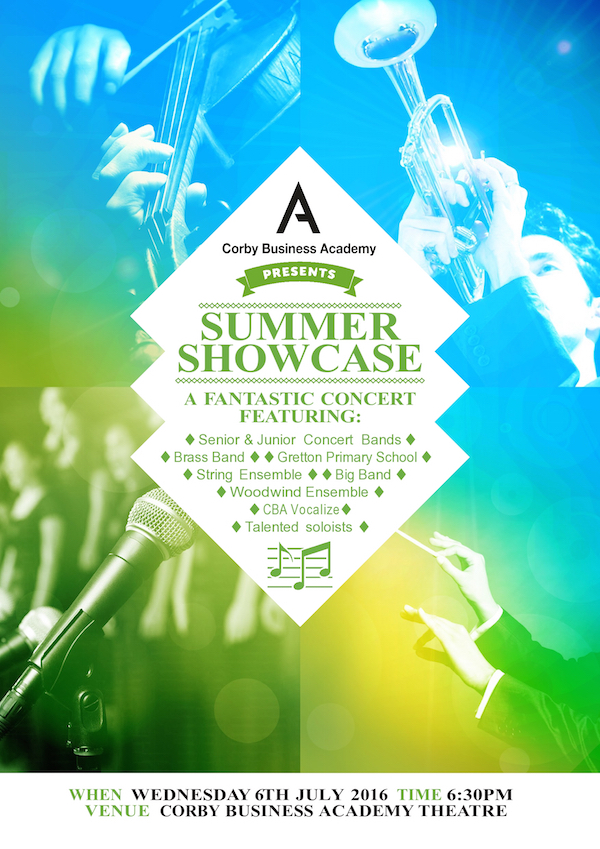 Our fantastic musicians are preparing to show off their talents at our annual Summer Showcase.

This year’s concert will feature performances from our Senior and Junior Concert Bands, the Big Band, the String Ensemble, the Brass Band, the Woodwind Ensemble and CBA Vocalize.

For the first time it will also include a performance by younger members of the Brooke Weston Trust family from Gretton Primary Academy.

CBA Director of Music Clive Wears said: “Our musical groups have been working very hard to get ready for the concert and it promises to be a fantastic night.

“It will feature performances by a significant number of our Year 13 students who will be performing at CBA for the final time.

“There will also be music from our Big Band which will be performing the numbers it will play at the Music for Youth National Festival Fringe in Birmingham the following day.

“We are also very pleased to welcome pupils from Gretton Primary Academy who will be playing the steel pans.”

The concert will start at the earlier time of 6.30pm on Wednesday 6th July in the Academy’s Main Theatre.

Tickets are free and are available now from our Student Reception.