Bake Off finalists are revealed

The CBA finalists for this year’s Great BWT Bake Off have been revealed. 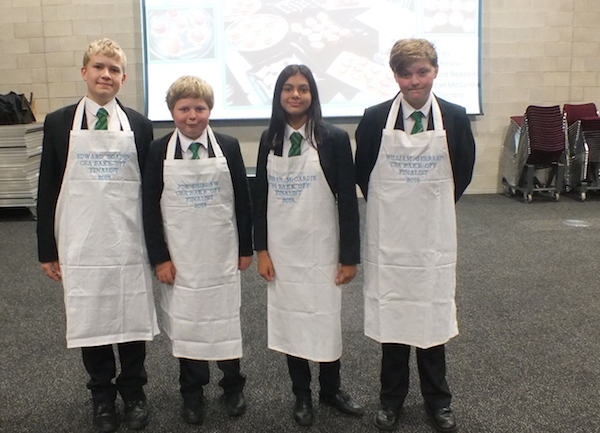 The CBA finalists for this year’s Great BWT Bake Off have been revealed.

After weeks of tough competition the four students through to the final are Year 8 students Joe Shirlaw, Edward Boaden and Teegan McCardie and Year 9 student William Gerrard.

The students will represent our Academy at the grand final of the contest on July 13th when they will face teams from Kettering Science Academy and Corby Technical School.

CBA Restaurant Manager Chris Lapsley said: “It was really hard for us to pick our finalists this year because the standard of the competition was so high.

“We genuinely didn’t know who would make it through until the end of our last session.

“Every year the final has got better and better so we’re hoping for great things this year.

“We’re really looking forward to welcoming teams from our fellow Brooke Weston Trust schools to the final which will be held at CBA.”

During the final the students will work as a team to produce an afternoon tea for four people.

They will have to produce four sweet dishes, two savoury dishes and a drink.