Our fantastic Unit team has won one of the county’s highest awards for education. 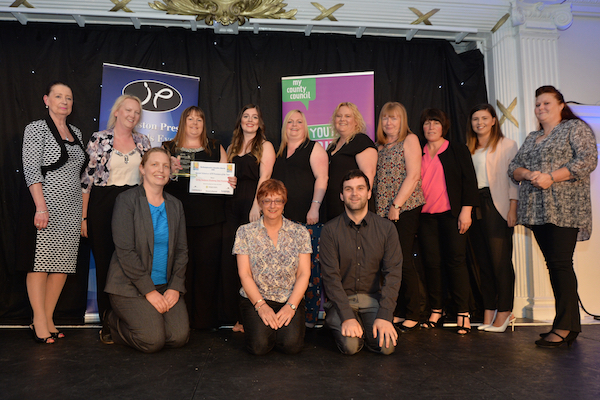 Our fantastic Unit team has won one of the county’s highest awards for education.

The team received the award for Special School or SEN Provision of the Year at the grand final of the 2016 Northamptonshire Education Awards which was held at Wicksteed Pavilion in Kettering last night.

The team, which has also recently been rated Outstanding by Northamptonshire County Council for the second time in a row, received its latest award for enabling all its students to meet or exceed their targets.

Unit Assistant Manager Caren Brown said: “We are so thrilled to have won.  The awards ceremony was lovely and gave all our staff a boost.

“This is a fantastic way to end a year in which we have been rated Outstanding by the county council again.

“Each and every person in our team has contributed to its success.

“We are now really looking forward to welcoming new students in September.”

CBA Attendance, Welfare and Safeguarding Officer Elaine Pickford was a runner-up in the Unsung Hero category in recognition of her tireless efforts to look after our students’ well-being and support students and their families.

The awards were organised by the Northants Telegraph, the Northampton Chronicle & Echo and the Daventry Express.

The main sponsor of the event the University of Northampton.

(Pictured above is our winning Unit team and below is CBA Attendance, Welfare and Safeguarding Officer Elaine Pickford, pictured far right, who was a runner-up at the awards. Photographs by Northants Telegraph) 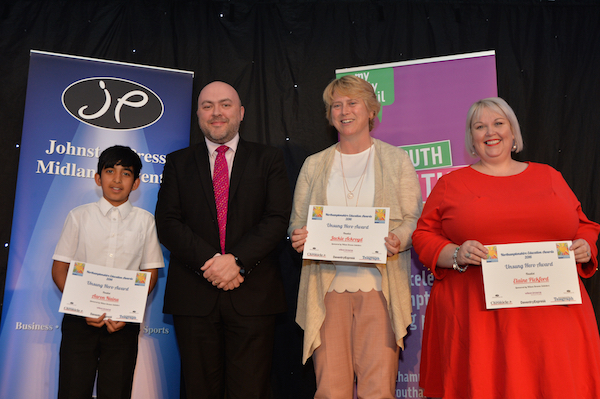