Musicians show off their talents at concert

Hundreds of music lovers had the chance to listen to the best young performers from Corby Business Academy at our Summer Concert. 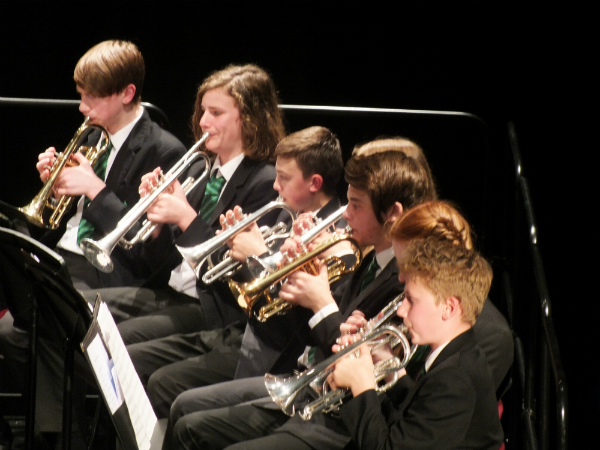 Hundreds of music lovers had the chance to listen to the best young performers from Corby Business Academy at our Summer Concert.

Last night’s fantastic event included performances by a wide variety of our school bands, the CBA Vocalize choir and a number of talented soloists.

CBA Director of Music Clive Wears said: “This was one of our best shows yet and was a fantastic way to finish a year that has been filled with success for our musicians.

“Our bands performed brilliantly and our soloists did incredibly well.

“We would like to say a huge thank you to Tracey Penn for performing at the show and to the students from Gretton Primary Academy who joined us for the first time.

“I would also like to thank all the students and staff who have worked so hard to get ready for this show and to everyone who came along to support us.”

Matthew Jones and Melanie Boes were in the audience to see Emily Boes perform.

Melanie said: “We have been to lots of good concerts here but this one really stood out. It was so professional and everyone was so good. I was really impressed.

“I really enjoyed the solo by Rebecca Loveday and I thought Louie Anderson, the cornet player, was also great.”

Claire Cottingham was at the concert with her grandparents to watch Jade Cottingham perform.

Claire said: “I really enjoyed the performance by Tracey Penn. I thought it was great that the school introduced the students to someone who is a professional performer.”

Claire’s grandmother Dorothy Cottingham added: “The whole concert has been really good – it’s not possible to single out one performance.”

The evening was compered by Lewis Scholtz, Sullivan Rymarz and Shay Stapleton.

To see more pictures from the concert click here