Our amazing bakers have been crowned the winners of the third annual Great BWT Bake Off. 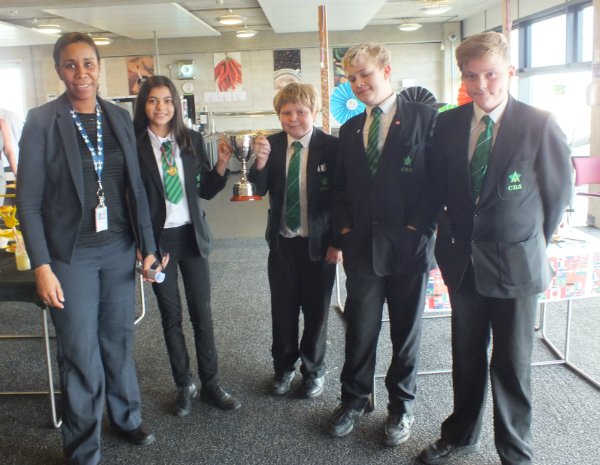 Our amazing bakers have been crowned the winners of the third annual Great BWT Bake Off.

Year 8 students Teegan McCardie, Edward Boaden and Joe Shirlaw and Year 9 student William Gerrard were picked as the winners by an independent panel of judges at yesterday’s final.

It is the second time our Academy has won the title and this year our bakers faced stiff competition in the final from strong teams of bakers from Corby Technical School and Kettering Science Academy.

CBA Restaurant Manager Chris Lapsley said: “We are absolutely over the moon to have won.

“This result is down to a fantastic team effort from everyone.”

She said: “This is the third time the Brooke Weston Trust has held this contest. It is a fantastic project and it seems to get better every year.

“I would like to thank all the students from Kettering Science Academy, Corby Technical School and Corby Business Academy for putting in so much effort into producing these wonderful dishes.

“I would also like to thank all the staff who support the Bake Off.”

During the final the students had to produce an afternoon tea for four people including four sweet dishes, two savoury dishes and a drink.

The CBA team chose the Rio Olympics as the theme for their afternoon tea.

To see more pictures from the Bake Off click here