During the evening that was themed ‘The Professors of Hogwarts, students took part in a Hogwarts knowledge quiz and a variety of other themed activities including slow-motion quidditch.

Head Librarian Miss Amy McKay said ‘Our students looked absolutely brilliant in their outfits and lots of them made their own costumes.’ 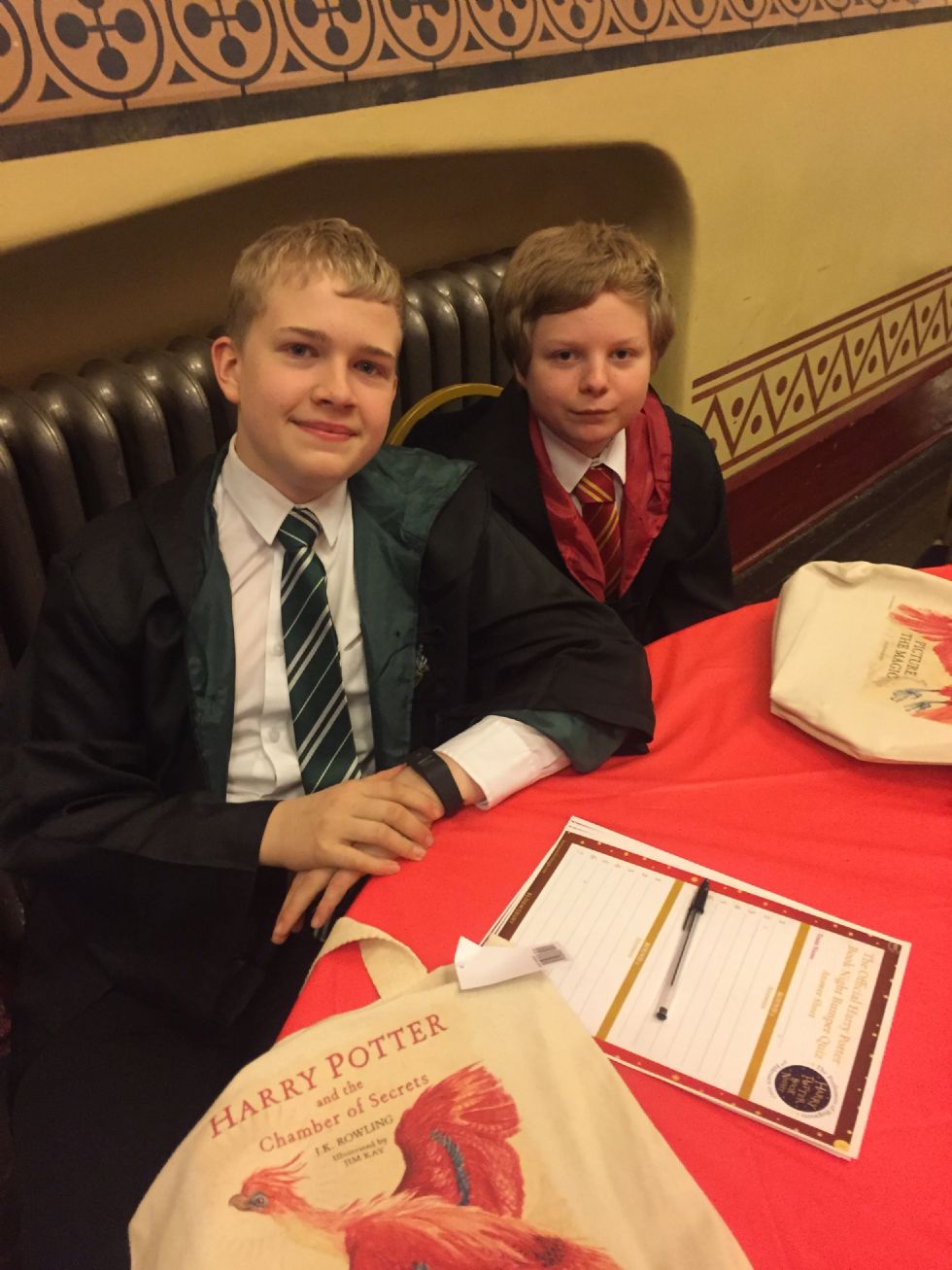 The Academy won the following awards during the course of the evening; Year 7 student Jessica W for her Dementor’s outfit, Year 7 student Emma W for her Hermione’s Cat outfit, Year 9 student Maisy K for her knowledge of how many words were in the entire Harry Potter quiz and Darcy Mathason’s team for having their team name ‘Rita Skeeta we are going to beat ya!

Student Adam Short was also invited to come up on stage. He spoke about his experience of being the inspiration behind Jim Kay’s drawing of Harry Potter’s cousin Dudley Dursley in the illustrated book series. Miss McKay said ‘He got asked for his autograph quite a few times that evening!

‘We normally hold our own Harry Potter party and Christina converts the library into Hogwarts. This year was really exciting for the students because they had the chance to be a part of the official party. It is great the students to be able to experience such a large-scale event.

‘We are now hoping to hold an event to celebrate Harry Potter’s 20th Birthday and get those involved that could not made the official party.’