Recently the Communications department took a group of Year 11 students to Stratford-Upon-Avon. They visited Shakespeare’s Birthplace in preparation for their GCSE exams.

On arrival the Year 11 students took part in a Romeo and Juliet themed workshop. They listened to a talk from the Shakespeare Birthplace Centre about the performance of plays in Shakespeare’s time and were shown small performance extracts of the play. The students were then able to discuss the play, focusing on the acting and staging of each scene.

In the afternoon, the students enjoyed an afternoon tour around the house where the Shakespeare was born, grew up and spent the first 5 years of his married life. They learnt all about his upbringing and how he ended up being the world most famous play writer. 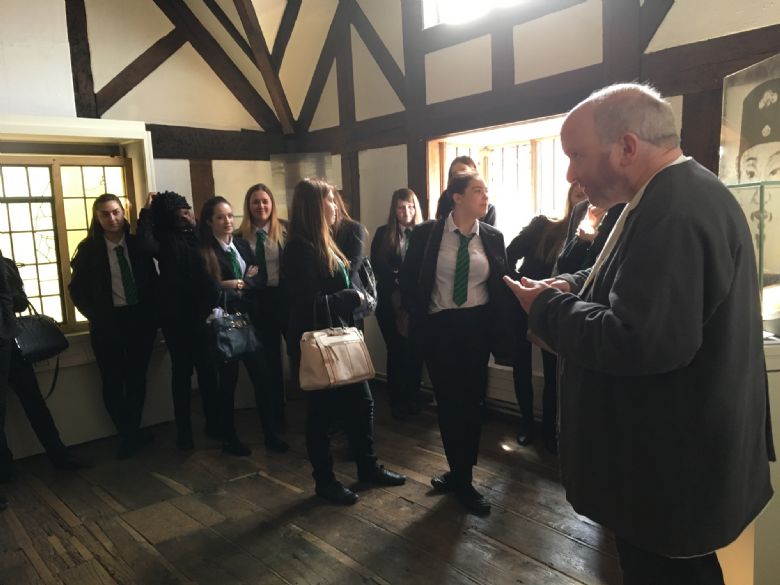 Teacher Hannah Barrett said ‘The day was a great success; the students behaved very well and were a real credit to the Academy.

‘Before Easter we took a group of Year 10 and 11 students to London to watch a production of ‘An Inspector Calls’. This was hugely successful so we decided to organise the Shakespeare trip to help develop the students’ understanding of the play.

‘The students now have a clearer understanding of the context of time and how to pick apart the language in order to understand how it would be performed on stage.’