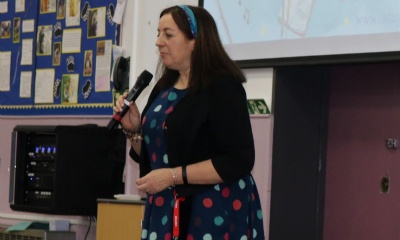 Students from Corby Business Academy joined Beanfield Primary for the talk, which was part of Cathy’s UK tour. During the visit, Cathy introduced the second story from her new book series ‘Lost and Found and read the first chapter to students. Speaking about the book she said: ‘Sami’s Silver Lining’ is about a young Syrian refugee who travels through Europe in order to get to his family in Britain. Once there he joins ‘The Lost and Found’ band. The book is one in a series and each book tells a story from an individual band member’s perspective. 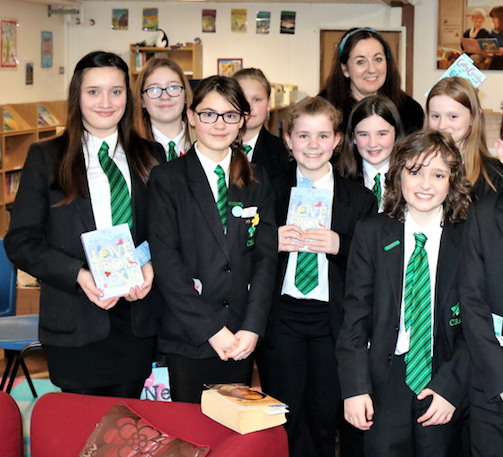 ‘I wanted to write about someone who had gone through that journey. It is one of the greatest tragedies of our time and I was trying to imagine what it would be like to be a young person in that situation. I did research that was heart-breaking.’

During the talk, Cathy shared stories of her early writing days, her career into journalism, writing for a teen magazines and spoke about her life as a children’s writer.

Cathy shared how she uses mood boards to help construct her novels and develop characters. She told students how one of the most important components for creativity is daydreaming: ‘It is when unexpected, imaginative, creative ideas get a chance to shine. That daydreaming skill is one of the big reasons that I am an author. You are pulling the daydream from your imagination and putting it down on paper. If you are lucky enough to be published you get to share your daydream with readers all around the world.

‘My number one tip to help your creativity, and the way I plan my stories, is where my daydreaming 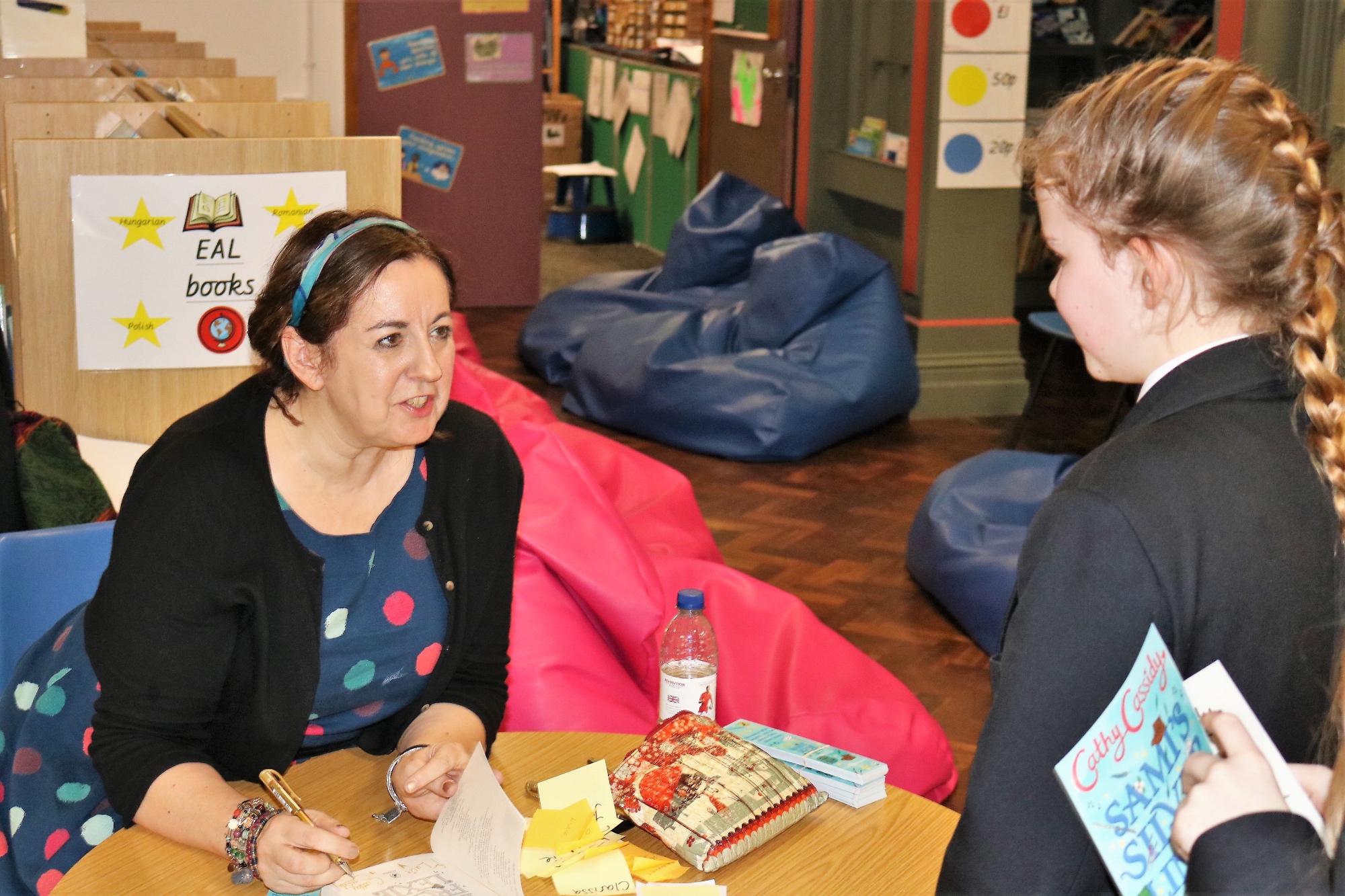 technique comes in. I research my ideas and inspirations and allow it to unfurl in daydream form. If you get really good at the daydreaming thing, it is as though you have got a story running through your head like a movie that only you can see. Sometimes something unexpected might happen and the characters might go off-script and do something that you really didn’t think they were going to do. Those are often the best bits of all. I dream and type straight onto my laptop and that brings the story to life.’

Students then took part in a Q&A session with Cathy where they had the chance to ask her their questions and participated in an audience quiz to discover which Cathy Cassidy Character they are most like.

After the presentation, students were able to purchase a range of Cathy’s books and get these, as well as their books from home, signed while Cathy took the time to talk to each individually. 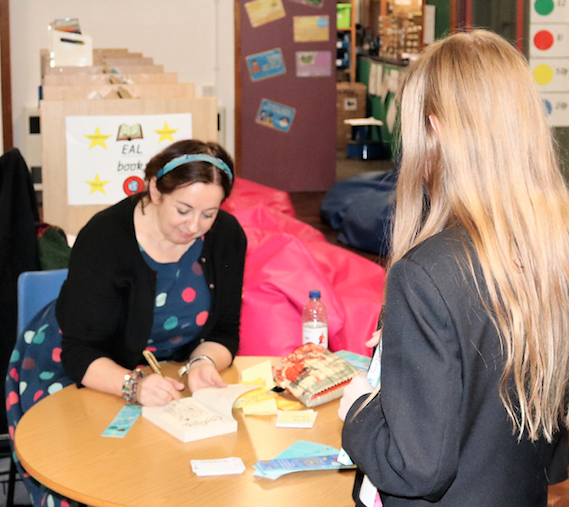 Cathy Cassidy said: ‘Books are about friendship, fitting in and feelings. In Sami’s Silver Lining the story is largely about the band and the fun they have but his backstory is such a dramatic one that it is hard not to talk about that when presenting the book. A child’s natural instinct would be to reach out and help a fellow human being. A refugee is no different from you or I and children see that so easily. It is so important to step into the shoes of another character.

'Sami’s story, although it is not an easy read because it is sad in parts, does have a happy ending which I felt it needed because, for the kids it is important that hope, love and friendship can triumph and I do believe they can. Young people are the best human beings on the planet and that is where the hope lies. They are our inspiration.’