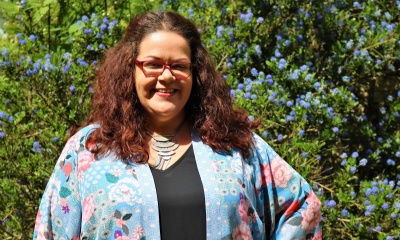 The annual,  hotly-contested awards are for the best young adult fiction and the best illustrated book in the UK. They are growing in popularity and schools across the country, including our Trust schools, shadow the awards and vote for their favourites.

This is the sixth year that Amy has co-ordinated the scheme and she has also been a judge for two years, so she has a very clear ideas of who the contenders are from the outset.

She said: ‘It is like having a second full time job! This year we had 257 books that were eligible. One of the judges worked out that it was the equivalent of reading the Harry Potter series 7.7 times! I keep copious notes and definitely have a good hunch as to which books will make the long list. There are 20 on each and between five and eight for each on the short list. There are 14 judges on the panel, all of whom judge both awards so it is a massive undertaking. We are all working full time and doing this for the love of it.

‘Once I have finished with all the books they come into the library which means we can put our money elsewhere which is why we have such a good graphic novel section. I do the Edinburgh Festival every summer and chair events with authors. The author I got really star struck about was Shirley Hughes. I am doing another couple of awards this year including the Book Trust Storytime prize, awarded for books for the Under 5s, so I have about 75 picture books being delivered!’

Amy judged the Blue Peter Book Awards last year and got a coveted Blue Peter badge. This year she is judging the STEAM (Science, Technology, Engineering, Arts and Maths) Prize with the University of Central Lancashire. The judging will take place at the British Institute of Science and there are real life astronauts on the judging panel!

Amy said: ‘I was most excited about getting my Blue Peter badge – it took 36 years but I got one in the end! I wear it on my lanyard and often get asked about it.  I have always been a reader as my mum enrolled me as a member of the library at six months old. There is nothing I like more than a good book and sharing them with students. A love of books is the sort of thing that you can’t measure but they are an escape, an empathy builder and can take you into worlds that you can only dream of.’