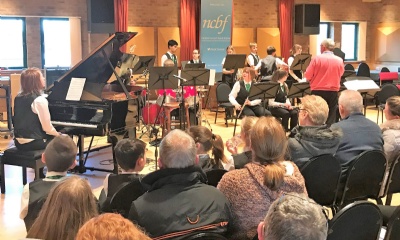 Well done to CBA’s Bands and musicians that achieved Gold, Silver and an Outstanding Instrumentalist award at the National Concert Band Festival yesterday.

The NCBF is the UK’s largest wind band and big band festival and it celebrates and promotes the music and activities of wind bands and jazz bands by holding regional festivals across the UK and a National Festival. Bands don't compete against each other but are critiqued against the various aspects of performance and are awarded a certificate signifying their success: Platinum, Gold Silver or Bronze. 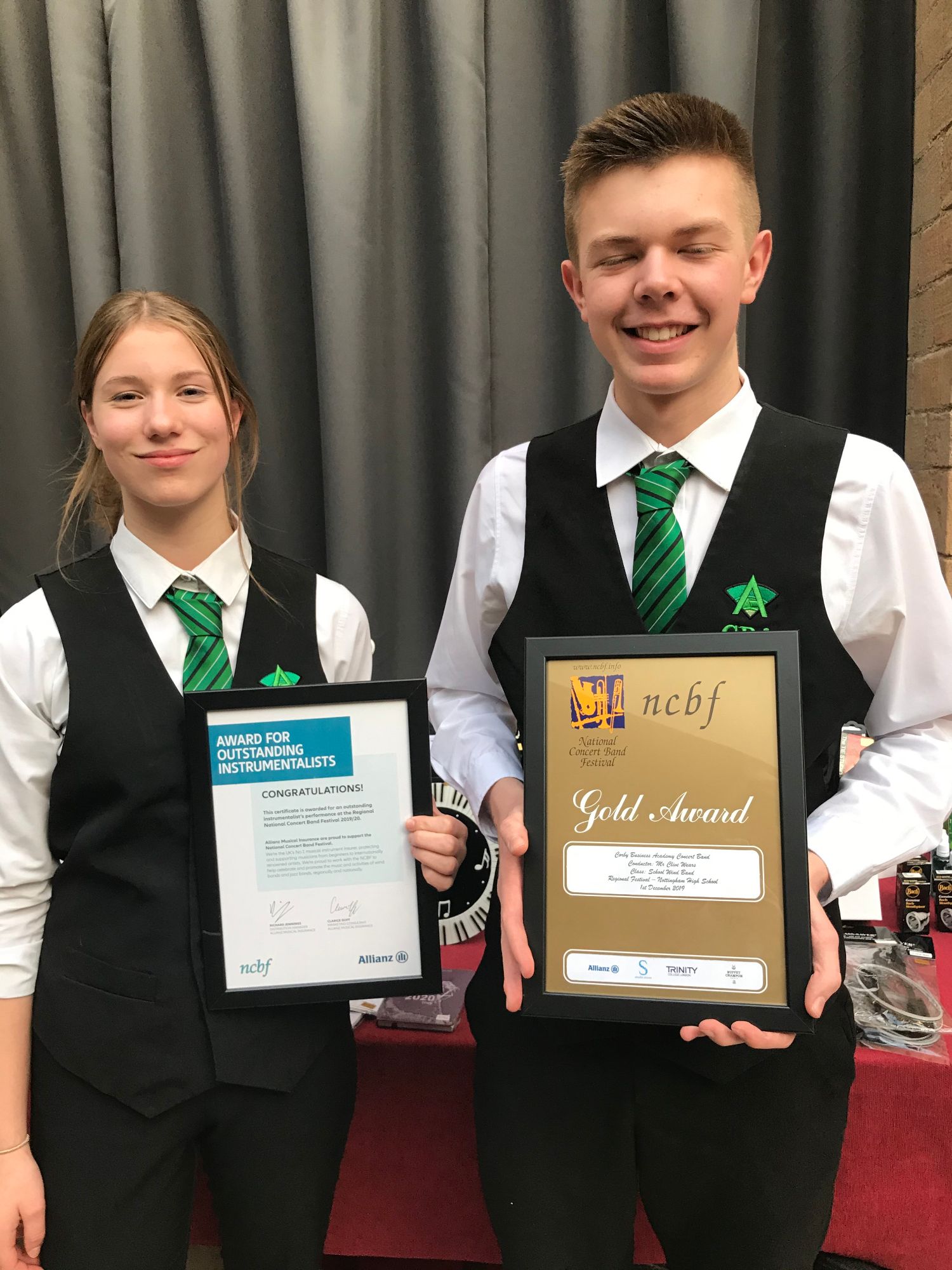 CBA's Concert Band achieved Gold and members are now waiting to see if they will be invited to perform at the Finals next April, which is only open to those who achieved Gold standard and above.

Student Evie Anderson is the first ever student from CBA to be presented with an Outstanding Instrumentalist Award for her cornet solo in the Concert Band’s ‘Carnival of Venice’.  She is pictured (right) with her award, alongside Sullivan Rymarz holding the Concert Band’s Gold certificate.

CBA’s Director of Music, Clive Wears said: ‘We had a great day. Other bands were from a number of independent and grammar schools including Warwick and Stafford, which makes the Band's Gold grading even more of an achievement. We had a varied repertoire with traditional and modern arrangements including  Pirates of the Caribbean, Tallis Canon, Let it Go from Frozen, Little Sunflower and music from Grease.’ 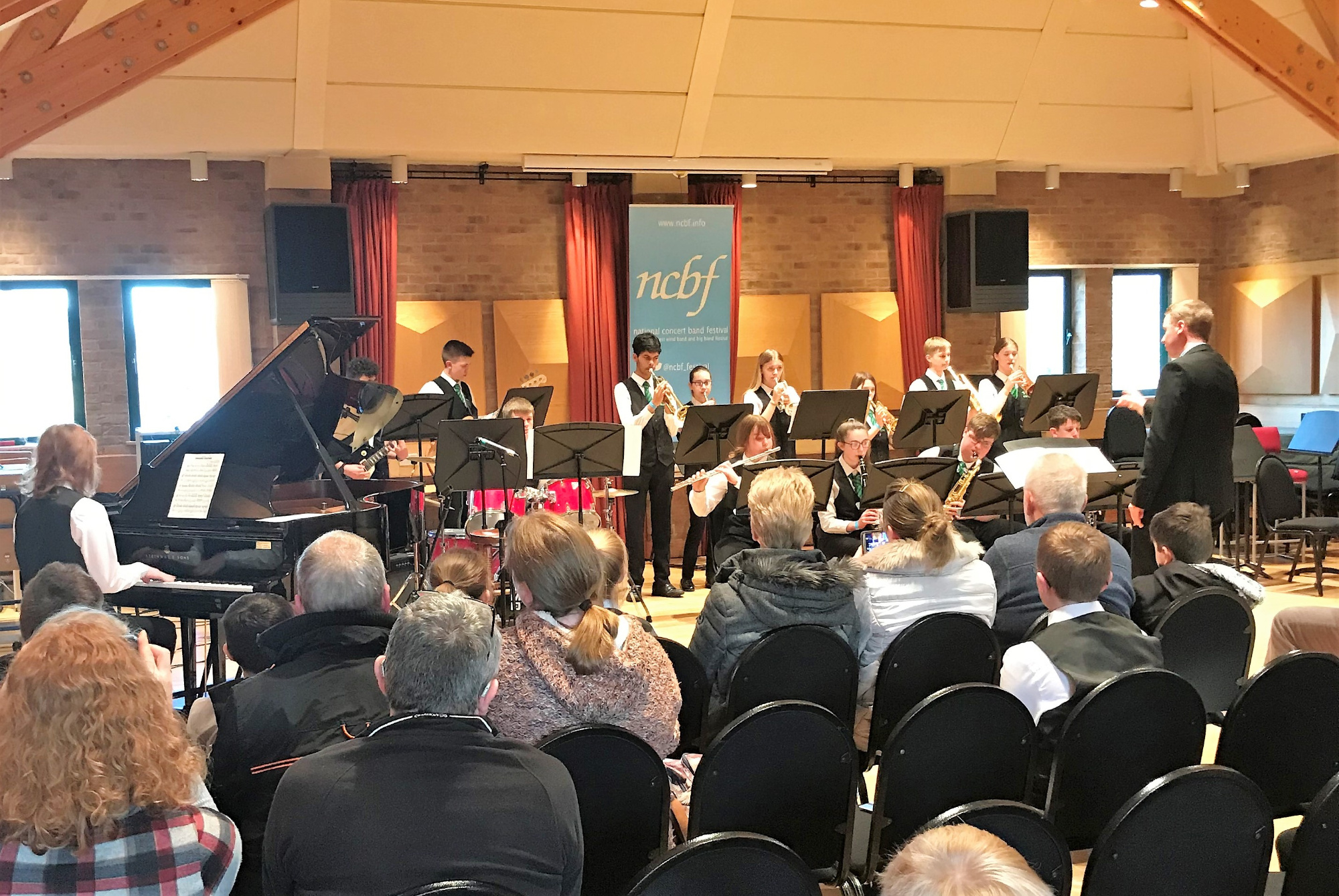